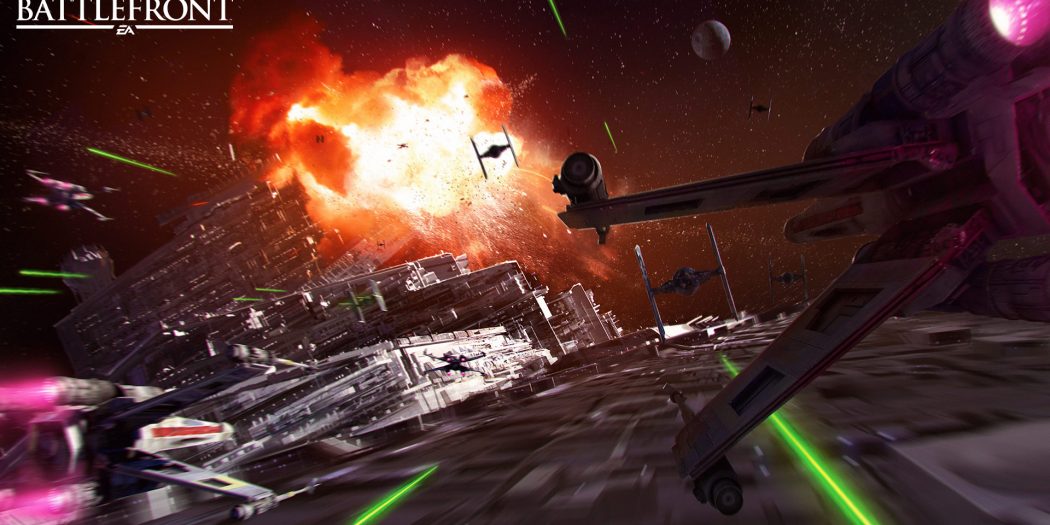 Yes, the newest content for Star Wars Battlefront will finally give you what you want.

Use the Force Luke

Flying an X-Wing fighter through the Imperial navy’s forces and blowing up the Death Star is pretty hight on most Star Wars fans list. I mean, if you were going to build a list of experiences that you’d want to actually ‘live’ through, I think that’d probably be right there. And that’s the very mission that you’ll be able to play through in the latest Star Wars Battlefront content.

Yes, Battlefront is going back to space, and yes you’ll be playing through Luke’s end run on the Imperial super-weapon. Though there’s a far bit more to this one than just that one moment from the original film.

According to EA and developer DICE, the mission itself will be broken up into three parts. To start, you’ll be “flying X-wings and A-wings against TIE fighters and TIE interceptors in space”. Interested yet? Yeah, I thought so, but there are two more parts. Stage 2 will have you joining Rebel forces on the interior of the Death Star. Why? You’re going to be extracting an important Imperial droid.

Oh, and it’s in stage 2 that you’ll be able to play as the two new heroes too. Those being Bossk and Chewbacca himself. So pretty cool there. 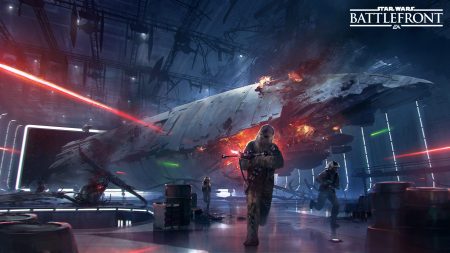 As for stage 3, that’s the big one. In stage 3 you will be piloting Red 5 itself, and that means playing as Luke Skywalker. Darth Vader will be hot on your heels too, as you have just one objective – blowing the Death Star into teensy, tiny, pieces. All in all, that’s very solid and should be a really fun new addition to the game.

When’ll you be playing? Actually, not too far off. The Death Star expansion comes to Star Wars Battlefront next month (September). Get the full details here.

Jason's been knee deep in videogames since he was but a lad. Cutting his teeth on the pixely glory that was the Atari 2600, he's been hack'n'slashing and shoot'em'uping ever since. Mainly an FPS and action guy, Jason enjoys the occasional well crafted title from every genre.
@jason_tas
Previous Gamescom 2016: Skylanders welcomes in Crash, Neo Cortex, and Kaos
Next Gamescom 2016: No retreat for this Space Hulk: Deathwing trailer