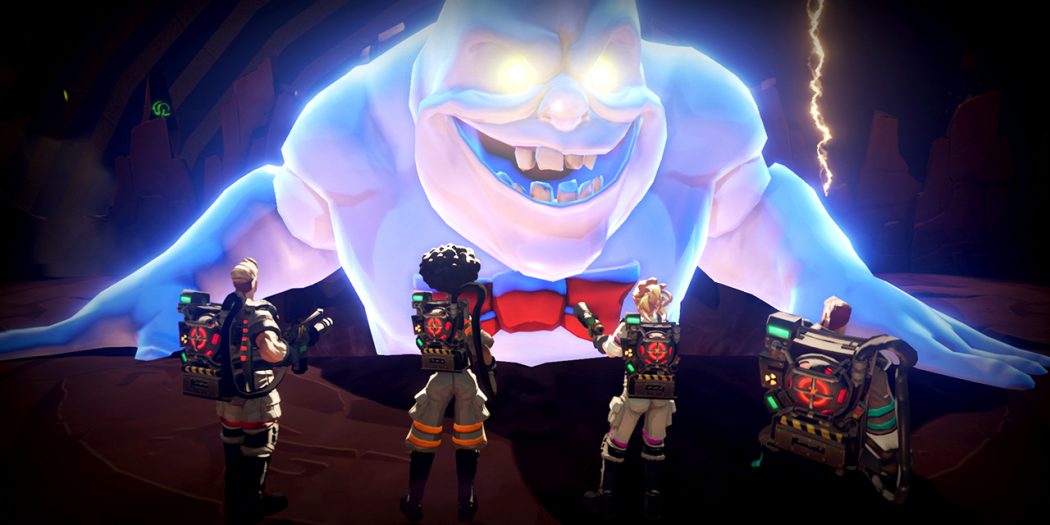 The invisible man in your bed won’t be the only one sleeping after playing the new Ghostbusters game.

I really tried for this one. I gave it a shot and it dropped the ball like last week’s garbage. Ghostbusters is an uninspired quick buck to the developers, who used barely any of the source material, from either the original Ghostbusters movie, or the 2016 reboot. 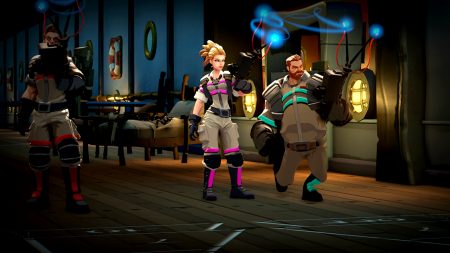 Ghostbusters by any other name…

The game has an incoherent story that will just leave you with a bland taste in your mouth. You take control of one of four Ghostbusters. No, not the girls, and not the guys either; the “Ghostbusters” you get to play as have no name, and zero personality outside of the generic tropes and “jokes”, if you could call them that, which would make an eight year old cringe.

There are four characters who fit a very specific profile that they never deviate from or build around. Both of the guys are idiots, but one of them is a hulking idiot; and the girls are strong independent females. I know this because they could never go ten seconds without using the same line of dialogue to tell me, just before they got knocked out and had to call for help.

I may have forgotten to mention that the game is a top down bullet-hell shoot-em-up. However this time it’s more like bullet-heck and slowly-zap-em-up. In short, I’m not impressed. None of the weapons have any kick to them either, and even the proton pack feels like there’s no weight to it. 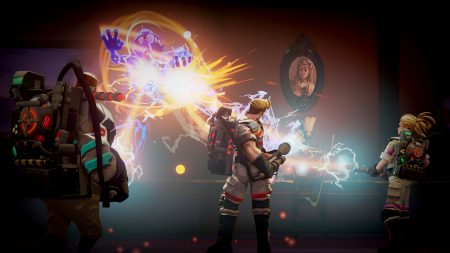 Compare it to (what I think is one of the best bullet-hell games of all time) Enter the Gungeon, where every gun feels different. Every shot in that game feels like if you had done it in real life, it would have knocked your arm off. But in Ghostbusters, where you’re using a freaking proton pack, there’s no ‘oomph’, only disappointment.

Speaking of disappointment, I hope you know how to lower your bar of expectations quickly. On the opening menu, the Ghostbusters theme song plays (the original not the crappy Fall Out Boy redux), and it’s fantastically jarring. But as soon as you start a game, that is the last you’ll hear of it. From then on, the only music you will hear, is the most generic 1960’s Scooby Doo music. It sounds like it was ripped off of a royalty free ‘spooky sounds’ playlist on YouTube. It adds zero atmosphere, and feels strangely disconnected from everything going on.

A big part of Ghostbusters, besides the actual ‘busters are the… ghosts! You saw that one coming didn’t you? Well I hate to be the bearer of bad news, but when was the last time you remember seeing a Lost Soul from Doom in a piece of Ghostbusters material. Or how about a zombie? This game is loaded with bland canon fodder enemies, most of which don’t even make any sense.

Something else about the ghosts that bother me is how many clones there are of seemingly major ones. The game will introduce an enemy -say, a mobster ghost- and present it as a mini-boss. It’ll have its own little introduction and everything. Here’s the thing though, you capture it in the ghost trap only to see the exact same enemy again a few minutes down the line. And this next time, you’ll see it with zero pomp and circumstance. 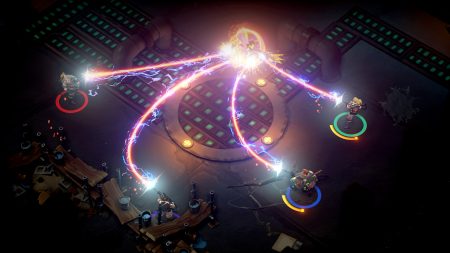 There is one thing about the game that is redeemable though. The visual aesthetic of the whole this is very nice. The ghosts look good, and the team members themselves look like they could have been pretty cool characters, had the writing been significantly better. The weapon bolts and the proton beams are visually pleasing as well.

In short, don’t let the trailers for the game fool you, Ghostbusters looks solid, but is a shameless cash in on a beloved franchise. And I say that knowing full well that the whole franchise was started just to make toys to sell to kids. If you want a good Ghostbusters game, go play the 2009 rendition on the ps3, xbox 360, or PC.

A boring run-and-gun with zero uniqueness and no reason for existing. Had the game been done right, a Ghostbusters dungeon crawler would have worked; this time, it did not.