Another week, another group of releases: this time including the full launch of Lost Reavers and the Virtual Console release of Wii classic, Xenoblade Chronicles. 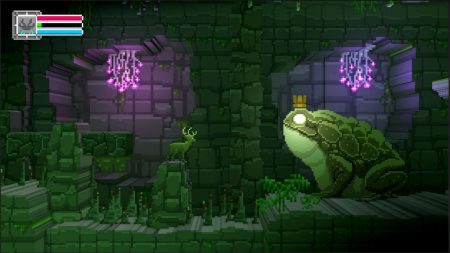 This week’s Nintendo Download is a doozy.  Those of you who missed out on Gamestop’s exclusive Xenoblade Chronicles (widely considered to be the console’s best JRPG, and one of the best from that generation) and would prefer to enjoy the title on the big screen (rather than on their New 3DS XL) will be happy to hear the game is coming to the Wii U’s virtual console. While I prefer Xenoblade Chronicles X, the Wii U successor, the stronger narrative elements of the original will no doubt hold stronger pull for JRPG aficionados.

Who, let’s be honest, probably picked the game up in one form or another already.

Lost Reavers, which had an Open Beta recently, is launching its full version this week. The free-to-play co-op game for up to four players feels like a game right out of the PS2 era, for better or worse, and while it has its grievances, it seems fun enough for those looking for something to play with friends during the wait for, say, Monster Hunter Generations.

Brutal Gamer's Nintendo Editor began his gaming life a little late- at five years old. But he's made up for it in the two decades since, gaming and writing about gaming with the same passion, fervor, and unrelenting love as his five-year old self.
Previous Charge into Space Hulk: Deathwing in new trailer
Next DICE and EA talk future of Battlefield