The iconic Nintendo World Store at Rockefeller Center in New York City closed in January to undergo a number of changes. The store reopened on Friday.

The first thing someone might notice while walking up to the store was the line. According to reddit, the line started way early, in the early hours of the morning before the opening. The result was hundreds of huge Nintendo fans clamoring to get into the renovated center for Nintendo.

Throughout the day, Nintendo would offer a number of events and attractions, including meet and greets and signings with Charles Martinet, the voice of Mario himself. The day started with the symbolic ribbon cutting, of course. Mario and Luigi did the honors of holding the ribbon while Scott Moffitt, Executive Vice President of Sales and Marketing for Nintendo of America spoke about the legacy of the store and the future it holds.

Afterwards, we toured the two story altar to Nintendo. On the ground floor, 3DS kiosks sat around the main floor, allowing visitors to demo certain games. A menagerie of plushes, Mario and Animal Crossing, are also on the bottom floor, along with various pieces of merchandise and a small selection of games.

Moving up to the second floor, I found that different Nintendo franchises all had their spots on the wall with various pieces of merchandise: plush, backpacks, and more for Pokemon, Zelda, Kirby, Metroid, and others. Display cases showing the original Super Mario Bros. level plans are there, along with a display case showing every handheld Nintendo has ever produced, including the Game Boy that survived a fire still functioning, and each home console including the Virtual Boy. Nintendo NY feels a lot like a museum and testament to Nintendo, as well as a place for fans to gather and play.

Topping it all of, a display case with every released amiibo sits in front of the games section as before, offering a wide variety of Nintendo games for Nintendo systems. Visitors in the first few days could purchase limited edition t-shirts commemorating the re-opening. Each purchase of these shirts included a coin as well.

Erich was introduced to gaming by his grandfather before he could walk. Since then, he has grown up loving Nintendo and most games in general. He couples his love of videogames with journalism to cover news, provide reviews and tell it how it is in the gaming world.
Previous Toy Fair 2016: TMNT are tops at Playmates once again
Next Brutal Roundup: February 15 through February 21 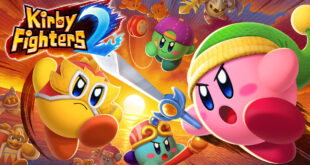 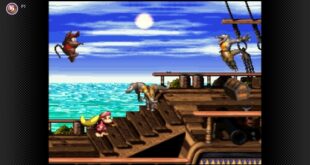