A second wave of Marvel Animated Universe Minimates has been announced for Walgreens stores in 2016. 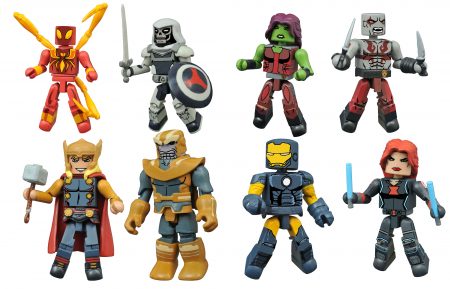 Continuing their relationship, it looks like DST and Walgreens stores will be rolling on with their series’ of Minimates based on the Marvel Animated line of shows for the next year. 2016 will see more two-packs hitting the shelves of the drug store/supermarket with variants of mainstay characters like Iron Man and Thor, as well as a few new offerings like Thanos and Gamora and Groot from Guardians of the Galaxy.

All in all, it’s a sharp lineup for 2016’s first assortment, and should be arriving early in the year. Here’s what’s on tap (scroll down for more pics):

Jason's been knee deep in videogames since he was but a lad. Cutting his teeth on the pixely glory that was the Atari 2600, he's been hack'n'slashing and shoot'em'uping ever since. Mainly an FPS and action guy, Jason enjoys the occasional well crafted title from every genre.
@jason_tas
Previous Chibi Robo Zip Lash (3DS) Review
Next Latest live-action Call of Duty trailer brings some Kevin… and a bit of Cara 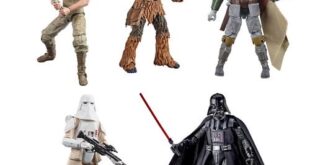 At long last, some of the best looking Karate Kid figures ever shown off are …