Can you pull off the biggest heist in the history of the world?

This award-winning squad-based tactical heist games takes place in the colorful era of the 1970’s. In this 2D top-down view, you get a great overview of what is going on around you. Experience hand-drawn 2D graphic elements as you rob people blind.

The Masterplan begins with you playing a guy named Joey. Joey loses his job after the war. Joey earns his living on the streets. After Nixon declares a war on drugs, some shady cops decide to fabricate a story, and shoot Joey, leaving him for dead, and going on with their day. Unfortunately for them, Joey did not die that night, and now he is out to take revenge. You wake up in prison, with a cake from a friend. This cake contains a note and a gift to get you started. Break out of prison, and meet your friend. The sooner, the better.

The Masterplan is well put together. Vivid colored locations against the murky tones of your goons makes this game a pleasure to watch. Some of the details are a bit small and easy to lose in the commotion, but in all, an enjoyable experience.

Whether you choose to go in guns blazing and take everyone down, or leave all your ammo at home, and are only willing to knock out those in your way, these decisions are completely up to you. You can decide how many goons to take with you on a job. Do you want to take half-a-dozen men to take down a convenience store? You can. Only two goons to the jewelry style? Not my style, but go for it! Windows can be broken, lights and cameras can be shut off, and if you’re not careful, the cops can be called. Carry bodies into a back room before customers learn what you are up to. If you really want to be mean, you can hold someone at gunpoint, only to have them do your dirty work for you, before you knock them out cold. And with the Steam Workshop, you even have the option to download or even build your own levels to push your own imagination.

There were a few hangups in the game play to be aware of. The doors in the game can be difficult. Doors can be locked and unlocked, and when opened can push characters around. Being caught in the way of these doors can mean the difference of whether or not you get the drop on a guard, or if you were able to lock the door before the store owner reaches you.

As you plan out your heist and deciding who will cover which door, it is quite simple to be drawn in by the soundtrack here. Featuring 19 tracks of crazy funky seventies tunes, Viljami Lehtonen & Jukka Akerman’s songs will keep you invested for sure. I found myself looking up the soundtrack here, to find out if these were real seventies songs. They were composed for the game. The soundtrack is available on Steam here.

It is quite easy to see yourself wanting to replay The Masterplan. Being able to hire goons to buy guns, and with the option that once a goon is dead, he’s dead for good, there are several ways you could change your gameplay here. Your options can include walking in the front door, slipping through a back door, or even breaking through a window to get a drop on your victim. Just be aware, if you kill someone, you will pay a steep, up to 50% cleanup fee from whatever your take is.

To wrap it up, Shark Punch put out a quality game. The overhead design of being able to see what is going on around you is wonderful. seeing indicators pop up of citizens coming around the corner, or letting you know someone is about to enter the room will allow you to plan your moves accordingly.

The movement feels a little slow for me personally. The ability to go into slow-mo to plan your moves is a great idea, though my personal preference would be to speed up the overall gameplay by 10-percent or so. That being said, I have died several times, restarted so I could keep my original goons, and have no ‘real’ complaints for this game.

If you are into crime games, and want a fun way to ‘get back at the man’, head over to Steam and pick up a copy today. The Masterplan is available for $19.99.

A fan of media on multiple platforms, I am always watching or playing something! Who knows what I will be on to next?
@mackeyp42
Previous Seek Compact Thermal Camera (iOS) Review
Next CollectingCandy.com Kickstarts new Zombie Mouth bubblegum 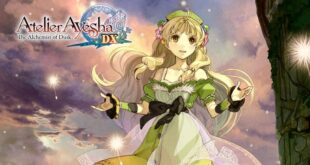 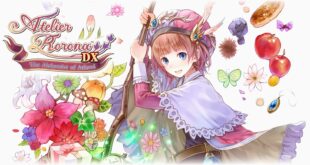