Moon Chronicles’ FPS action finally continues and a very big demo arrives on the 3DS in this weeks Nintendo Download. 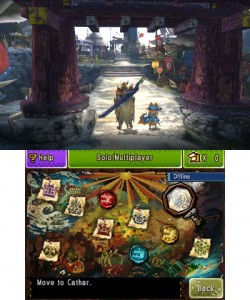 I have to admit, I loved Moon on the 3DS when it was released the first time by developer Renegade Kid. The game was one of the only FPS’ worth a play on Nintendo’s handheld and really still is. Even though the graphics are outdated, it’s still a great game and a fun time. Of course, now that it’s been re-done and rereleased there’s no need to head back to that older version.

The only thing is of course, the new edition of Moon (now Moon Chronicles) is hitting the eShop in drips and drabs thanks to its new episodic nature. And if you’ve been waiting for the second installment of the game, well then you’re very happy this week as it’s finally here. Oh, and if you’ve yet to grab a copy of the first episode, you can do so this week at a cool 50% off the price. Not too shabby.

It’s a big week in general on the 3DS eShop though as Monster Hunter 4 is here too, albeit in demo form. You can play in multiplayer or campaign, and get a solid taste for what the final game will offer when it launches on the console very soon. Capcom is hoping that this newest edition of the game will be a big hit with western audiences, so it’s very much worth checking out, especially for free.

The Majora’s Mask DLC is also available now to add onto your copy of Hyrule Warriors on the Wii U, Dig-Dug and Mappy Land have hit the Virtual Console on Nintendo’s home system, and a bunch of sales just started too. All in all, a pretty nice week for Nintendo gamers. 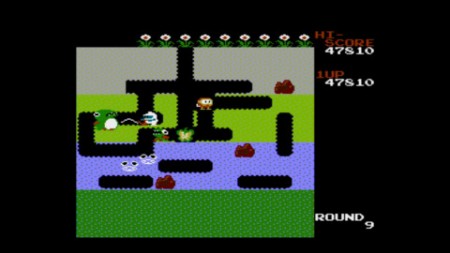 Jason's been knee deep in videogames since he was but a lad. Cutting his teeth on the pixely glory that was the Atari 2600, he's been hack'n'slashing and shoot'em'uping ever since. Mainly an FPS and action guy, Jason enjoys the occasional well crafted title from every genre.
@jason_tas
Previous Next Borderlands game will skip last-gen
Next Endless Legend (PC) Review