Home / Comics / A chat with Howard M. Shum, the creator of Supertemporal

A chat with Howard M. Shum, the creator of Supertemporal

Howard M. Shum got his start in creating comics while he was studying film at NYU. A friend of Howard’s had encouraged him that since he was in New York he should drop off some art samples of his work at Marvel and DC comics, and a month later Marvel gave him an opportunity to ink a fill- in issue of Silver Surfer.

Within a year Howard M. Shum had became a regular inker on Aquaman at DC comics. “I never took an art class in my life although I always drew. I have a Bachelor of Science in computer science from Purdue. When I was there I did editorial cartoons and a  daily comic strip for the school’s newspaper,” he said.

In addition to having an interest in art he is also a film maker, and a writer.

Howard M. Shum’s latest project is an upcoming fully coloured , 144 page comic called SuperTemporal. It was written by Howard, and drawn by Simone Arena. It will be published by AXIOM.

SuperTemporal is an action -adventure about time travel. It’s about three scientists from our time who work at the Jet Propulsion Lab. They see all around the world that there are no longer any humans around, though there is wildlife. The scientists figure out that something must have happened on a specific date in 2053.

The scientists also take it upon themselves to time travel to that exact date to find out what happened, and to see if they can do something to prevent the event before it occurs.

Howard M. Shum shares what the rough drafting process was like, as he was creating the comic.

“There were a lot of drafts. I’m constantly rewriting. Simone Arena draws the book and I do the lettering as well as writing. When I’m lettering, sometimes I can’t help but to change some dialogue. The book is completed now. I just need to print it.”

When embarking on any project it has a start and an ending but what can sometimes differ is the length of time it takes to complete. Howard M. Shum says it took him approximately six years to write. It took Simone a little over half a year to draw.

Projects are also not without their fair share of challenges and Howard M. Shum went into detail about a few of the challenges he encountered as he was creating SuperTemporal.

“I did my best to make sure the actual science of the time travel in SuperTemporal was theoretically possible. I did a lot of research into theory and such. We also currently have a Kickstarter for the book to pay for the printing.”

The biggest inspiration for Howard M. Shum whenever he is creating a comic is the story.

“When I was in school, I took accelerated literature courses, so classic writers such as Voltaire, Jonathan Swift, Joseph Conrad, John Gardner, and Franz Kafka were the initial sparks of showing me the possibilities of being a writer,” he began.

“Current writers I like are Terry Pratchett and Tim Powers. I also love movies, so George Lucas and James Cameron inspired me as a kid. Although I read tons of Marvel and DC comics as a kid, as I got older I saw their limitations and wanted to do stories outside the realm of super-heroes.

Guys like Dave Sim with Cerebus, Stan Sakai with Usagi Yojimbo, Carl Barks with Uncle Scrooge, Sergio Aragones with Groo, and Kyle Baker doing his own thing was the path I wanted to go.”

To Howard M. Shum storytelling is the ultimate art form, and  he identifies himself as a writer that tells stories that have comedy, action, and romance. He wants to entertain people as well make them think and feel. “I hope SuperTemporal is a fun and engaging story for readers.”

You can find Howard here:

Hey! I'm Nadia! I am a big fan of RPGs and you can almost always catch me playing one in my spare time. Writing is my passion, and my intention is that you all learn something through my work!
Previous Forza Horizon 2 (Xbox One) Review
Next Bloodline The Animated Series: Creator Alphonso Blackwood 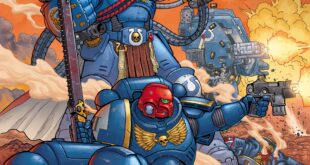 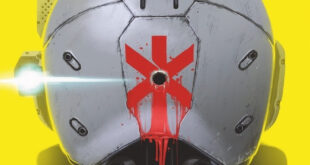