Two scales of figures and a ton of other Mortal Kombat stuff is on the way from toy-maker Mezco. 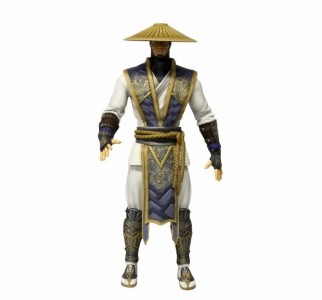 Mezco has been producing collector-grade figures for a good long time now, and now they’ve locked up another big license in Mortal Kombat. Reaching a deal with IP holder Warner Bros, Mezco has announced that they’ll be producing a 3.75″ as well as a 6″ line of action figures based on the brand.

And that’s not all as you can also expect to see “accessories, bobble heads, plush figures, clip-ons and key chains and more” on the shelves before long. A few of the 6″ figures were on display at the NYCC not all that long ago, but this is an explosion of info compared to what was shown off there.

Mortal Kombat hasn’t really had a good figure line since the Palisades Toys series a looong time ago (and of course, those ‘awesome’ G.I. Joe figures), so it’s great to see the series finally get some plastic representation once more.

The figure series’ will reportedly be based not only on the upcoming Mortal Kombat X, but on the greater “world of Mortal Kombat”, which should get fans of all the various MK era’s excited. You can expect to see them actually start hitting stores sometime in 2015, and we’ll have lots more on these bad boys at Toy Fair time this coming February.

Jason's been knee deep in videogames since he was but a lad. Cutting his teeth on the pixely glory that was the Atari 2600, he's been hack'n'slashing and shoot'em'uping ever since. Mainly an FPS and action guy, Jason enjoys the occasional well crafted title from every genre.
@jason_tas
Previous Wow does The Valiant look awesome in issue #2
Next Consequence and choice are the next big elements in Dragon Age: Inquisition