Fighting against the evil threatening a world left for dead by its gods, the mages and Guardians Guild stand as one of the last lines of defense. 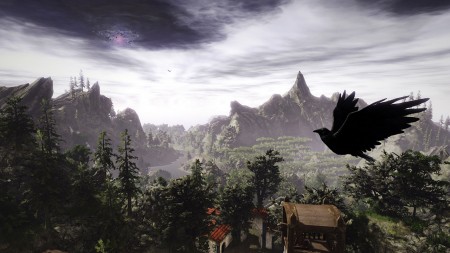 The main heavies in Risen 3 are called the Titans, and let’s be honest here, they aren’t very nice. This army of evil has invaded the world after it was seemingly abandoned  by its gods, leaving it defenseless. The newest round of screenshots focuses on the Mages, who have been exiled to a secret abby high up in the mountains, on the island of Taranis. There they continue their experiments and work to create a weapon powerful enough to stop the Titans cold- which is no small task I imagine.

Guarded by a private army of “former soldiers” the Guardians Guild serves as a safe haven (maybe) for players and is one of the guilds that you can choose to join up with in the game. They’re also a way to gain in experience with both combat and magic and you can get a pretty nifty set of armor from them if you play your cards right. All in all, not a bad group to be affiliated with, though medical and/or dental coverage is probably not something you’re going to get from them, so keep that in mind.

Jason's been knee deep in videogames since he was but a lad. Cutting his teeth on the pixely glory that was the Atari 2600, he's been hack'n'slashing and shoot'em'uping ever since. Mainly an FPS and action guy, Jason enjoys the occasional well crafted title from every genre.
@jason_tas
Previous Sin City’s Marv comes home as a vinyl figure from Dark Horse and Eric So
Next Marvel unveils the final three covers of Wolverine’s life