The Art of Wolfenstein: The New Order (Book) Review

Dark Horse Comics’ look at all things Wolfenstein is comprehensive, beautifully made, and a great addition to anyone’s book shelf. 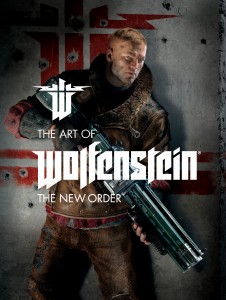 Not quite given the respect that it’s due more often than not, iD Software’s (and now Bethesda’s) original FPS Wolfenstein 3D is nonetheless the one true grandfather of the first-person shooter genre. Sure Doom really perfected it in the ’90s, but it was Wolfenstein that first allowed players to step into the boots of a soldier from the first-person perspective and start plugging away at Nazis in the decrepit halls of the title castle.

The newest version of the game, Wolfenstein: The New Order continues the theme of the series and continually evolving gameplay mechanics of the genre up to this point. It’s also got one major twist- it’s set in an alternate history version of the 1960s where the German war machine won World War II. This presents some very interesting design possibilities for the team at developer Machine Games, and coincidentally, makes for one very nice art book too.

Tipping the scales at a solid 184 pages, The Art of Wolfenstein: The New Order is the latest in Dark Horse’s line of art books based on the world of video games. The hardcover retail edition of the book (we reviewed the digital edition here) will be 9″x12″, which is a fairly common size with these kinds of things and should provide a nice presence in a video game library as a companion to the game itself when it sees release or just on the old book shelf all by its lonesome.

Indicative of the artwork inside, the cover is illustrated with hero B.J. Blazkowicz in a suitably action-y pose and ready to fight. Inside, you won’t actually find a ton on BJ himself, but there’s plenty about pretty much every other aspect of the game’s world. Actually, BJ gets almost the same treatment as all the other characters in the game; a bio and 3D model, as well as a few illustrations. That’s not a terribly bad thing, just worth pointing out that the characters and the story aren’t really the main drawing points here.

Remember, this isn’t a storybook, the point is the artwork and Dark Horse makes no bones about making that the front and center main attraction. Displayed in both single as well as two-page splashes throughout the tome, the art of Wolfenstein: The New Order is some of the most interesting and unique that I’ve seen in a while as goes the FPS genre.

It definitely has a sci-fi bent to it, but it’s also quite grounded in reality (well, most of it anyway) outside of the game’s biomechanical monstrosities that the New Order has employed globally. Everything looks great here too, with both in-game and production art that tells the visual story of a world under the heel of a tyrannical faction. Even the entertainment industry is present and accounted for with album art and movie posters depicting what Hollywood might be like in a Nazi-controlled regime. Those parts are a super-cool little touch by the way, and make for some extremely interesting imagery.

And although I said this wasn’t a novel, there are some very cool little tidbits about what happened at the end of the war and how everything shook out. Presumably, theres a lot more about that in the game itself, but to see the background of the narrative, however minor it might be here, is nonetheless really neat- especially for a longtime fan of the franchise.

I’ll tell you one thing, just from looking at this book, Wolfenstein: The New Order should be anything but generic. If the last one didn’t do it for you, this one just might hit the mark. Just one word of warning; this is a spoilerific book and you can tell a lot from the artwork present. So if you haven’t played the game and don’t want anything ruined for you in terms of the levels and characters that you’ll face off against, maybe wait till you play before you read.

If you like Wolfenstein in pretty much any way, this is at the very least worthy of your attention.

A hefty look behind the scenes of what might be one of the biggest sleeper hits of 2014, The Art of Wolfenstein: The New Order is a terrific glimpse into the processes that went into making the game and the thoughts that went into the creation of its characters and settings. The artwork is big and bold and well-selected, with plenty to stare at for a good long time either as you play, or as a look back afterwords as a kind of ‘directors commentary’.

Now it is a little short at under 200 pages and I do wish there were some deeper looks at the characters themselves. Even so though, I have to admit again that the latter just isn’t the focus here, the actual world is. As much as I would have liked a little more character art personally, that wasn’t the direction that Dark Horse was headed here.

And in the way they took it, this art book shines like a well-oiled Thompson. Even though I’ve already read through the digital version too, I’ll be picking up a physical edition to have on my shelf. That alone must say something, right?

Jason's been knee deep in videogames since he was but a lad. Cutting his teeth on the pixely glory that was the Atari 2600, he's been hack'n'slashing and shoot'em'uping ever since. Mainly an FPS and action guy, Jason enjoys the occasional well crafted title from every genre.
@jason_tas
Previous The Last Door special edition coming to PC, Mac, and Linux
Next Ubisoft issues a Watch_Dogs 101 in new trailer 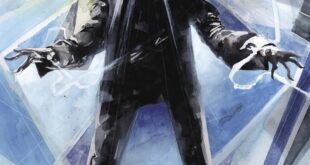 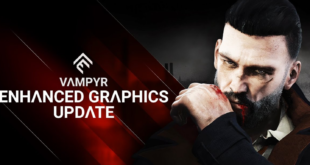 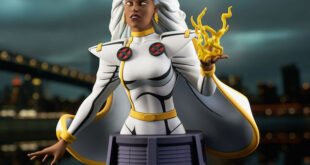 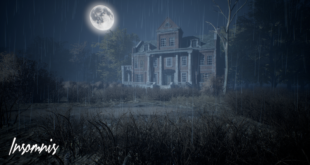