So the high life update for GTA V hit the Xbox Live marketplace and PSN store earlier today. With this update came 3 new cars, 1 new motorcycle and a handful of new apartments. The most talked about aspect of the DLC however was multiple property ownership, which means that a player can now own two apartments and ten car garages, which in total means they can have a small army of personal vehicles (20). I’ve had a few hours of playtime with this content update, so I’m now going to give you a review. 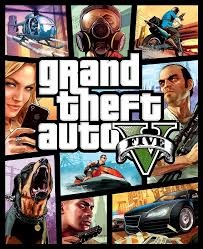 Upon starting you are greeted with a message regarding the new mental state system which has been implemented, this works largely the same as a bounty but is measured by how you play the game. Play as a calm player, who respects people’s properties and cars and you will have a low mental state. However, play with contempt for other players while blowing cars up and generally running amok, causing havoc and your mental state bar will reflect this. Kill a player with a high mental state and you will be rewarded, anyone who is in this state will appear a faint red on the radar.

The cars added are the Massacro, Zentorno, and the Huntley. A sports, super and SUV respectively. Non of these cars even hold a candle to the Adder or the Entity which by now pretty much everyone has one of these. The Dinka thrust motorcycle is a hybrid between the aesthetics of a Harley Davidson and the sound of the Bati 801. Ultimately I was left underwhelmed by all of these and counted myself lucky that I had bought them in single player as opposed to online.

The clothes added also feel a bit underwhelming, as they are just different options to the clothes we already have in the game, I was ultimately bitterly let down by this.

All in all, I’d say as a free content update you cant complain, but I cant help but feel underwhelmed by the fact that it has brought absolutely nothing new to the GTA Online world, and after a couple of hours play I was ultimately left bored.