Feature Friday: What’s happened to all the movie licensed games?

Often the brunt of many a joke in the industry and with fans alike, the movie licensed games of yesteryear have all but vanished form the gaming landscape. 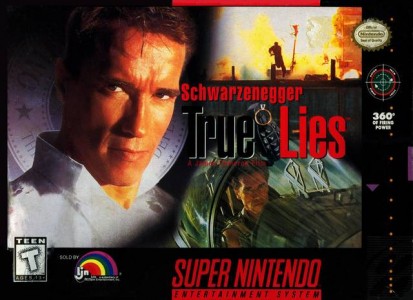 Alright so, let’s be honest here- movie licensed games were never all that great. Notice I said ‘great’ there, because there were more than a few (plenty actually) released over the years that were serviceable at the very least. I remember playing more than enough games that got their inspiration from big budget Hollywood affairs on the SNES and Genesis when I was a kid and liking plenty. Heck, there were even some that were downright classic titles in there!

Platformers based on Disney’s Aladdin, graphic adventures that followed Indiana Jones, and hack’n slash titles that let you fight your way through the Lord of the Rings universe were all pretty great and considered high points of design, all while keeping true to the films they took their license from. And, although not as great as those titles, there were lots more that I personally hold in pretty high regard for one reason or another too.

Just for example, I can remember many an afternoon playing True Lies on my SNES and loving it. Shooting bad guys as a completely unreasonable facsimile of Arnold Schwarzenegger and sitting through poorly written cutscenes was the recipe for a pretty great gaming session on my 16bit private arcade. And believe me, if a game didn’t have a save feature (and that one didn’t) and I actually liked it, it must’ve been pretty decent. True, games that were actually playable for more than a handful of seatings in the ‘movie game’ realm were fairly few and far between, but the releases of said games weren’t.

Pretty much every big time Summer action or sci-fi flick had a corresponding game in the NES/SNES eras. I remember more than a few that probably had no business having one (Hudson Hawk anyone?), but there they were nonetheless. Although I singled out a very specific timeframe of gaming there, the ’90s were really no different and even the early 2000’s had plentiful games based on films. 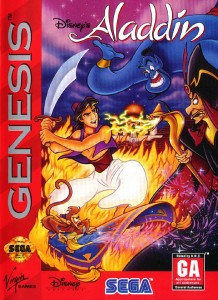 Now though, they all seem to have evaporated. The last games I remember being released along with Summer movies were the first round of Marvel properties to hit the big screen… and Battleship for some reason. Although I enjoyed Captain America quite a bit, most of those games were mediocre on a good day. Is it possible that that fact might have something to do with the vanishing titles?

Well, maybe. Sure those games weren’t the best, but going back to what I was saying earlier, games based on movies really never were. So if that particular little sub-section of the industry never really got all that much acclaim anyway, why stop making them? Could it be that people stopped buying them?

Think back and try to remember any ‘movie game’ that was labeled a hit in the last, oh, lets say 10 years. Take a second and try… come up with anything? Nope, me neither. There were a few that again, as I mentioned above, were pretty big, but those were also quite far back in the history books. Lately, there haven’t been any games of this ilk that I could honestly say even did ‘okay’, much less sold boatloads.

With the rising costs in designing and publishing video games, and I mean big time video games here, it just might be possible that the industry on the whole has ‘seen the light’ as it were. That the corporate level of these companies simply won’t pour any more buckets of cash into games that fans are starting to see for exactly what they, more often than not, are- quick cash-grabs. And if that audience is gone, then so too are the games that would have been targeted at them.

It’s a very possible scenario as the demographics for gaming keep advancing now that older people who grew up playing are the ones doing the buying, not just kids and parents who really don’t know what’s good and what isn’t. It’s much harder to convince a 30 year old gamer that the new Hulk game isn’t a steaming chunk of Gamma irradiated junk than it is a kid who’s really only interested in it because it stars a character that he/she loves and wants to play as.

So maybe, just maybe, this is kind of a perfect storm that led to the downfall of the movie game. You have a segment of games that just doesn’t capture the attention of the demo’s anymore, as a result doesn’t sell well, and then an industry that sees that and refuses to indulge it any more. Or it could be none of those things and be something as simple as licensing has gotten tougher and costlier.

Any way you slice the reasoning behind the dearth, the end result is the same. The movie games have gone out to pasture and those who played and enjoyed them are left with nothing but a few fond memories and some truly great non-licensed games to play… A situation that honestly doesn’t sound all that rough to me in the end.

Jason's been knee deep in videogames since he was but a lad. Cutting his teeth on the pixely glory that was the Atari 2600, he's been hack'n'slashing and shoot'em'uping ever since. Mainly an FPS and action guy, Jason enjoys the occasional well crafted title from every genre.
@jason_tas
Previous The Wolf Among Us: episode 3 out now for consoles and PC
Next Leonardo goes to theNew World in this weekend’s episode of Da Vinci’s Demons