It seems the recent acquisition of Atlus by Sega hasn’t changed a thing for the company, as titles are still regularly being released by the truckload. Some new Persona announcements have recently surfaced, and it’s juicy news for longtime fans. 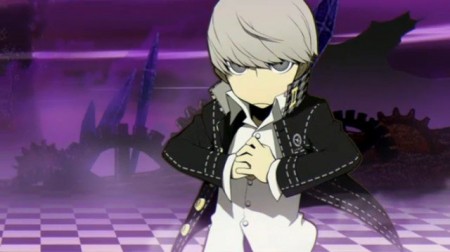 The long awaited sequel to Persona 4 has finally been announced. Persona 5 will be coming to the PS3 winter 2014. Very little is known about the title, sans an eery trailer displayed on the official Persona 5 website. Persona 4: Arena‘s sequel Persona 4: The Ultimax Ultra Suplex Hold will also be coming to the PlayStation 3 in 2014. Handhelds will also be getting some Persona love as well, with Persona 4 Dancing All Night announced for the PS Vita and Persona Q Shadow of the Labyrinth coming out for the Nintendo 3DS.

Well, my name's Christopher Deleanides as you all know and I'm the Nintendo Editor here at BG. I've been playing video games since 1992, and I've been a Nintendo fan the entirety of those years. My love for video games as well as Nintendo hasn't changed, and probably never will. The only thing that comes close is politics, as I'm very deeply involved in both local and international issues.
Previous XBox One reception post launch
Next Disney Frozen: Olaf’s Quest (3Ds) Review