Publisher Deep Silver announced today that NASCAR ’14 is on the way to cerrent-gen consoles for early next year. 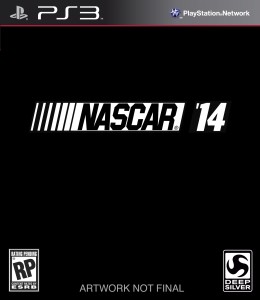 “NASCAR is a hugely popular sport, second only to the NFL in TV ratings with licensed games having been published by Activision in recent years. Deep Silver is thrilled to have acquired the publishing rights to NASCAR ’14 and looks forward to cultivating a long-term relationship with both the fans and the franchise,” says Deep Silver Inc. COO, Geoff Mulligan.

Sometimes I forget how truly massive NASCAR really is. The sport is one of the most watched in the US and is fast growing in popularity all over the world and has a rabid fanbase just as passionate as leagues like the MLB and the aforementioned NFL do.

With that in mind, it’s probably no surprise that NASCAR ’14 is officially on the way then. Building on last year’s model, the game will offer what you’d expect from a NASCAR ‘sim’ including branding, online multiplay and the ability to host your own league.

You’ll also find a very cool feature that reminds me of what some wrestling games have been doing the last few years with the inclusion of a mode where you take the wheel in some of the biggest races from the past season and actually get to relive some of the biggest NASCAR moments for yourself.

We’ll have more on NASCAR ’14 as it breaks, watch for it in early 2014 for the Xbox 360 and PS3. If you’d like to get in on the voting for the cover star for the final box art of the game, click here to go to the Race for the Cover website (presented by Walmart). There you’ll be able to vote alongside Dael Earnhardt Jr. on fan favorite drivers in head to head matchups till the end of the 2013 Sprint Cup season.

Jason's been knee deep in videogames since he was but a lad. Cutting his teeth on the pixely glory that was the Atari 2600, he's been hack'n'slashing and shoot'em'uping ever since. Mainly an FPS and action guy, Jason enjoys the occasional well crafted title from every genre.
@jason_tas
Previous Launch trailer released for Call of Duty: Ghosts
Next The Road to Battlefield 4 gets persistant