Fans of the latest Tomb Raider title have something to add to their game shelf this week as the first assortment of Tomb Raider Minimates are making their ways into retail stores. 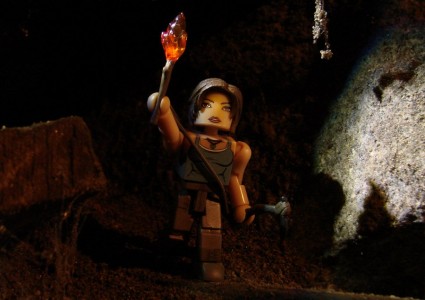 The newest series will have both comic/specialty store and Toys R Us variations and will focus on reboot Tomb Raider game that saw a young and inexperienced Lara Croft trying to survive and make it off a dangerous and mysterious island. Very much not the superhero-like Croft that players were used to, Tomb Raider was a critical hit as well as a fan favorite and sits near the top of the best games of the year so far.

Loaded up in series 1 for comic and specialty stores (which includes online retailers) are two-packs featuring:

As for Toys R Us, fans who purchase there will be in for:

Now, not all of the figures will be in stores this week. Diamond Select Toys is shipping series 1 to comic shops and specialty retailers first, so they’ll have their assortments in this coming Wednesday. TRU’s stock won’t be arriving till sometime later this month, which isn’t too far off, but isn’t two days from now either. If you’re looking to grab ’em all though, that at least gives you some time to get raise some more funds for the harrowing expeditions to both comic and toy superstore. A challenging quest for any man, woman or child.

Jason's been knee deep in videogames since he was but a lad. Cutting his teeth on the pixely glory that was the Atari 2600, he's been hack'n'slashing and shoot'em'uping ever since. Mainly an FPS and action guy, Jason enjoys the occasional well crafted title from every genre.
@jason_tas
Previous Classic LEGO comes alive with LEGO Minifigures Online in 2014
Next Commander Mode returning with all-new tactics in Battlefield 4