Hideki Kamiya’s plans after The Wonderful 101 and Bayonetta 2

Curious about what Kamiya is planning on doing after the release of his latest projects? A new Bayonetta game, how about a sequel to The Wonderful 101? It turns out the answer isn’t really what most are expecting. 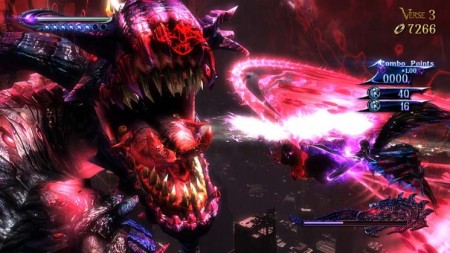 Platinum‘s famous developer is never one to be predictable. He works on a number of different projects, whether it’s the first Devil May Cry, Metal Gear Rising, Bayonetta, Okami, or Wonderful 101. He’s a man of many talents and is always surprising his fans with something new and interesting up his sleeve. In an interview with 4Gamers, he said that he didn’t have any plans to work on a third game in the Bayonetta franchise.

This is due in part because of the fact that he’s used most of what he had left out of the first Bayonetta in the second one; so expect the sequel to be packed full of everything you could ever want in a Bayonetta game. This of course makes sense when you think about it, as it makes this the ultimate game in the Bayonetta franchise. How could you get any better than that?  He’s more interested in possibly working on Okami 2, a hypothetical sequel to the water color styled action adventure game that was released on both the PlayStation 2 and Nintendo Wii.

Well, my name's Christopher Deleanides as you all know and I'm the Nintendo Editor here at BG. I've been playing video games since 1992, and I've been a Nintendo fan the entirety of those years. My love for video games as well as Nintendo hasn't changed, and probably never will. The only thing that comes close is politics, as I'm very deeply involved in both local and international issues.
Previous The Mighty No. 9 makes its way onto Kickstarter
Next Shantae, Might Switch Force 2, and WayForward Kickstarter