Home / Android / The Humble Weekly Bundle is an Anomaly

The Humble Weekly Bundle is an Anomaly

Not that it’s odd or anything, it just includes a whole lot of Anomaly Warzone Earth. 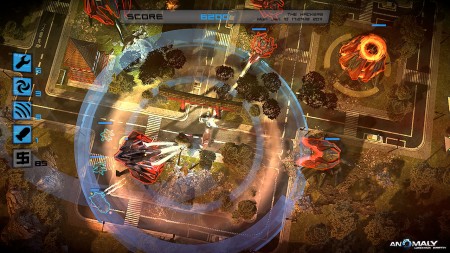 11 bit Studios is the focus of this week’s Humble Weekly Sale and they’re offering one pretty amazing set of games; particularly if you’re a fan of the Anomaly series.

That’s pretty amazing that you get a 3D printer file for an in game character with the ‘Hellhound’ bonus. I’ve never seen that offered anywhere before and it’s not only cool – it’s also telling as to how much the 3D printer model is starting to proliferate the marketplace (Amazon is actually selling 3D printing supplies right now).

And as always, you can pay what you want for the Humble Weekly Sale starting at a lowly dollar. For a bit more than that too, you’ll get the ‘above the average’ game set, and you really might want to too, as this stuff’s for charity.

Head over to the official site, right here, to get yours today.

Jason's been knee deep in videogames since he was but a lad. Cutting his teeth on the pixely glory that was the Atari 2600, he's been hack'n'slashing and shoot'em'uping ever since. Mainly an FPS and action guy, Jason enjoys the occasional well crafted title from every genre.
@jason_tas
Previous DiDio and Lee talk Superman on Bloomberg TV
Next General Zod to be fourth Injustice Gods Among Us DLC Character