The end of the world is nigh!

Well, it has finally come to pass. The apocalypse is now, man, and things aren’t looking so good for humanity. A long fight with a hostile alien race has, for all intents and purposes, wiped the human race out. Only twelve survivors remain – all men – and it is only a matter of time until they too fall. The outlook is bleak, and these hardened soldiers have pretty much given up any hope of saving the world. Only one chance remains.

As you begin the game, you are introduced to these survivors as they fight to hold off the alien menace while desperately trying to awaken…something. As the enemies approach, the seal is finally broken, and the only hope for the survival of humanity awakens – Black Rock Shooter. In the classic style of Japanese game, Black Rock Shooter is a young girl, dressed to kill, who happens to have a cannon for an arm. She doesn’t really remember anything at the start, so you also have the naive, innocent thing going on as well. As a character, I found her to be pretty much what I expected, even a little cliched (although, to be fair, I am not familiar with the Japanese anime that inspired the game), but none of that detracted from the overall enjoyment of the game.The story is told through frequent cutscenes, all voiced in Japanese. Everything is subtitled, so you will need to read the game seemingly almost as much as you play it. I actually prefer that, as it can be hard to catch every word in loud areas, but it can definitely be a turnoff for some.

The gameplay in Black Rock Shooter is really unique. Not quite an rpg, not quite a shooter, this game is a blend of the two that actually works really well. In between cutscenes, you will wander around the post apocalyptic environments and, just like your favorite rpg, enter into battle when you encounter an enemy. You can, if necessary, run away from enemies, but for the most part battles are not overly challenging. The battles in Black Rock Shooter are what will make or break the game for you, and they play out quite unlike any other game. For one thing, you character is fixed in place – the enemies will move, but you do not. You can dodge, block, or attack, and that’s it, but how you go about it is of vital importance to survival. Black Rock Shooter is, like most electronics, susceptible to overheating. There is a heat gauge that you must watch closely during battle, allowing for cool down in between attacks. Blocking, while it does not increase heat, means you will incur some damage from enemy attacks. Dodging can be hit and miss – when done correctly, you will completely avoid damage, but when not done correctly it allows for a massive hit, not to mention the hit to your heat gauge.

Attacking is really quite simple. While the game does not technically auto aim for you, it is about as close as you can get to it. Just press a button in the general direction of an enemy, and your weapon will lock on. Aside from bosses, most opponents are a pretty quick defeat, your biggest challenge coming from managing dodging, blocking, and attacking without overheating. When you do overheat (and you will), Black Shooter is rendered completely immobile for a few seconds, which can be catastrophic in the heat of battle.
Black Rock Shooter is Playstation Vita compatible, but it should be noted that it is PSP game that just happens to work on the Vita – so don’t expect too much in the way of graphics. Even for a PSP game, they aren’t really anything extraordinary, with unremarkable environments that can start to feel repetitious rather quickly, and alien opponents that are generally anything but menacing (in appearance, anyway). You will literally fight boxes, which I considered to be uninspired, at the very least. Alien forces may well come to wipe us out at some point, but if they do, I seriously doubt they will come in the form of boxes or bumblebees. A little more imagination in the enemies – which are a huge component of the gameplay – would have been nice. Black Rock Shooter The Game manages to blend rpg and shooter elements in a unique way, making for a game that is interesting and engaging, if not overly challenging, for the combat alone. It is great to see titles still being released for the PSP, and even with some imperfections and annoyances, it’s well worth the price of admission to have something new and different to play on a well loved platform. While you might not be wowed by the graphics or the difficulty, Black Rock Shooter is a solid game that is a great choice to while away those lazy summer afternoons. 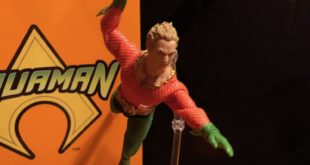 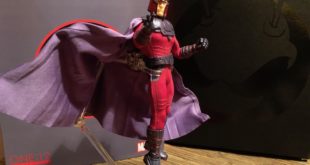 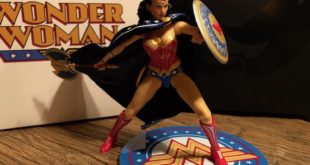