Skylanders climbs to $500 million in US sales

The Skylanders franchise has officially reached half a billion in US sales and surpasses all ‘kids’ properties at the box office this past holiday season. 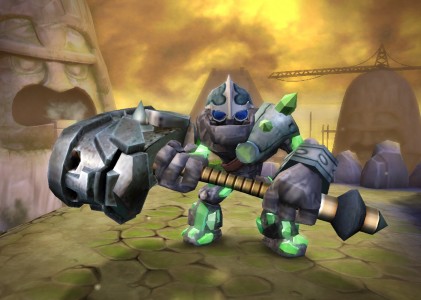 “Just a year ago, the concept of bringing toys to life in a virtual world was an untested play pattern that Activision and Toys For Bob believed in. Now the category has been established in the market and embraced by parents and kids everywhere,” said John Coyne, Vice President of Consumer Marketing, Activision Publishing. “We’re humbled by the continued support and acclaim from parents, kids and critics alike, but more importantly, it’s gratifying to see kids excited about the adventures that await them both in the digital and physical worlds.”

Skylanders as a series has proven massively popular with both kids and adults since it’s launch just a little over a year ago. The Activision property’s newest entry Skylanders Giants has generated over $195 million in sales all by itself and the figure and accessory packs that work with the game have eclipsed such massive toy brands as WWE and Star Wars in popularity.

And more than just the gimmicky, one trick pony that the game/toys could have been; Skylanders is actually an excellent platformer with a ton of replayability. Check out our review of the game for more on that.

Skylanders Giants (and the original game) is available now for all major (and some minor) game consoles.

Jason's been knee deep in videogames since he was but a lad. Cutting his teeth on the pixely glory that was the Atari 2600, he's been hack'n'slashing and shoot'em'uping ever since. Mainly an FPS and action guy, Jason enjoys the occasional well crafted title from every genre.
@jason_tas
Previous Injustice: Gods Among Us ‘Battle Edition’ announced
Next Playing Dead wraps up with 9th episode