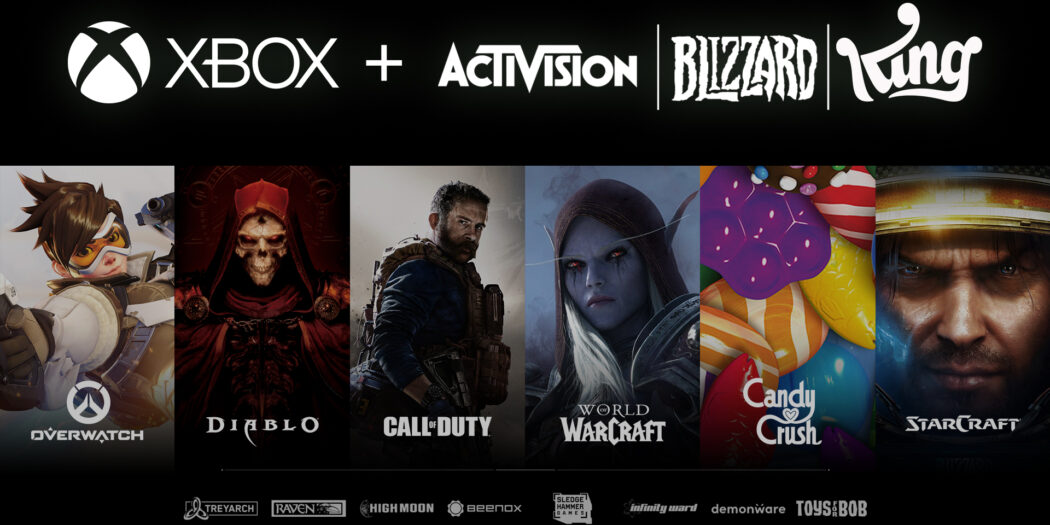 In a shocking move this morning, Microsoft has announced that it has acquired Call of Duty and WoW mega-publisher Activision Blizzard.

In what might be the biggest move not seen coming by anyone, Microsoft has picked up Activision Blizzard. That’s right, the publisher of the Call of Duty series, World of Warcraft, and many more blockbuster titles is now a part of Xbox.

CEO of Microsoft’s gaming wing Phil Spencer broke the news this morning, in a statement released by Xbox Wire. In it, he said that not only that Xbox would be the new roof that Activision Blizzard would operate under, but also that gamers should look forward to that company’s massive catalog to start making its way to Game Pass.

If you’re somehow unfamiliar with what that is, it’s the Xbox ‘play all you want’ subscription service. Game Pass rotates titles in an out, and serves up over 100 games. And now it’s a service that’ll presumably include games and series’ like Call of Duty, Crash Bandicoot, Tony Hawk’s Pro Skater, Spyro the Dragon, Skylanders, Starcraft, Diablo, and much more.

As exciting as that news is for X-fans, we might have seen something like this coming. Activision Blizzard has been under fire as of late, after all. Management of the company had been accused of a plethora of wrongdoing, which we won’t get into here. Nevertheless though, it’s apparent now that chase was needed and likely incoming.

For his part, Spencer briefly and indirectly covered just this in his statement, which you can read in full via the link below. He also made a special point of sharing an image of the Microsoft gaming hierarchy, which includes him alone at the top, and no sight of Activision Blizzard’s now-former honchos.

Just a note here too, in that Activision Blizzard will operate as a separate entity while the deal is closing. So you’ll have to wait a bit longer til all (most?) of those franchises land on Game Pass.

Jason's been knee deep in videogames since he was but a lad. Cutting his teeth on the pixely glory that was the Atari 2600, he's been hack'n'slashing and shoot'em'uping ever since. Mainly an FPS and action guy, Jason enjoys the occasional well crafted title from every genre.
@jason_tas
Previous McFarlane’s Scorched becomes latest record-breaker for the creator and Image Comics
Next Trailer: Classically styled RTS Crossfire: Legions hitting Early Access this spring