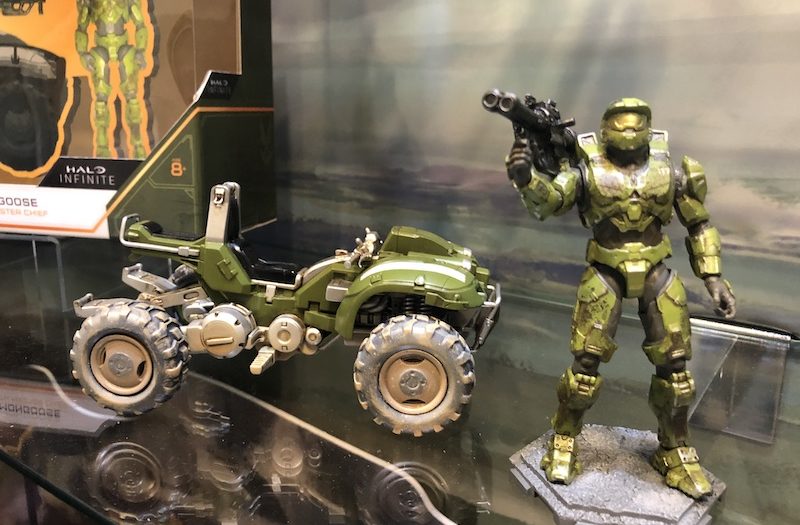 If you missed the news from earlier this week, Toy Fair 2022 has been officially cancelled. It’s also unclear if there will be a digital replacement.

The last Toy Fair to be held in NY was in 2020. The show was the final “big” event to take place right before the pandemic took hold, and lockdown-mania began. Actually it was probably the last large-scale in-person event that year.

We covered it of course, and were happy to bring you a full slate of major (and minor) reveals. That’s something that we were poised to do again this year, as the show was preparing to move forward in mid-February, as of earlier this month.

But Covid strikes once again, as organizers have announced that it will instead be canned. To blame is that omicron variant of the virus which, while appearing weaker overall, is very easy to catch.

According to the industry publication The Toy Book, Toy Fair says some 700 wholesalers were still committed to the event, even as rumors circulated that many were pulling out. Nevertheless, it’s history at this point.

So what’s replacing it? Well, possibly nothing. With the short notice cancellation of the show, it seems as though there isn’t anything that’s ready to be announced yet. We are still a month out, so that might change, but as of now there won’t be a singular digital convention presented.

If that changes, we’ll let you know.

Jason's been knee deep in videogames since he was but a lad. Cutting his teeth on the pixely glory that was the Atari 2600, he's been hack'n'slashing and shoot'em'uping ever since. Mainly an FPS and action guy, Jason enjoys the occasional well crafted title from every genre.
@jason_tas
Previous Trailer: Card Fighters Clash as the handheld SNK vs Capcom classic arrives for Switch
Next Trailer: Shadow Man Remastered arrives for consoles