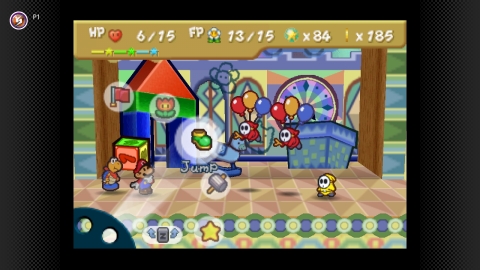 Landing on Nintendo’s newly expanded subscription service, the original Paper Mario will bring the now-classic N64 title to the Switch this month.

This was something of a surprise. While Nintendo had activated the enhanced subscriber goodie-bag (awkwardly dubbed the Nintendo Switch Online + Expansion Pack) some time ago, there was no mention of games to come.

Late last night though, the company announced a surprise launch – Paper Mario. While this is just one game, deviating from the previous NES/SNES set of drops that saw a few games at a time, it’s definitely a welcome one.

The N64’s Paper Mario not only was a hit at the time, it also launched a whole new Mario series. That still continues to this day, as The Origami King was just released for Switch this past summer.

As for the return of that original though, here’s the skinny:

In Paper Mario, his vile viciousness – Bowser himself – has absconded with the magical Star Rod and lifted Peach’s Castle into the sky with the help of Kammy Koopa. Who will stop him now? It’s up to Mario (and you!) to save all seven of the Star Spirits, guarded by Bowser’s handpicked minions. Can you rise to the occasion and pull off a storybook ending?

Paper Mario arrives for .subscribers on December 10th, 2021. Just remember that the Nintendo Switch Online + Expansion Pack is a different plan than the base NSO one. If you’re a subscriber to the latter-mentioned only, then you’ll need to upgrade your plan before you can dive into the likes of N64 and Sega Genesis games.

Jason's been knee deep in videogames since he was but a lad. Cutting his teeth on the pixely glory that was the Atari 2600, he's been hack'n'slashing and shoot'em'uping ever since. Mainly an FPS and action guy, Jason enjoys the occasional well crafted title from every genre.
@jason_tas
Previous Trailer: New Ghostrunner DLC brings new character and campaign
Next Trailer: Aftermath brings psychological chills and thrills