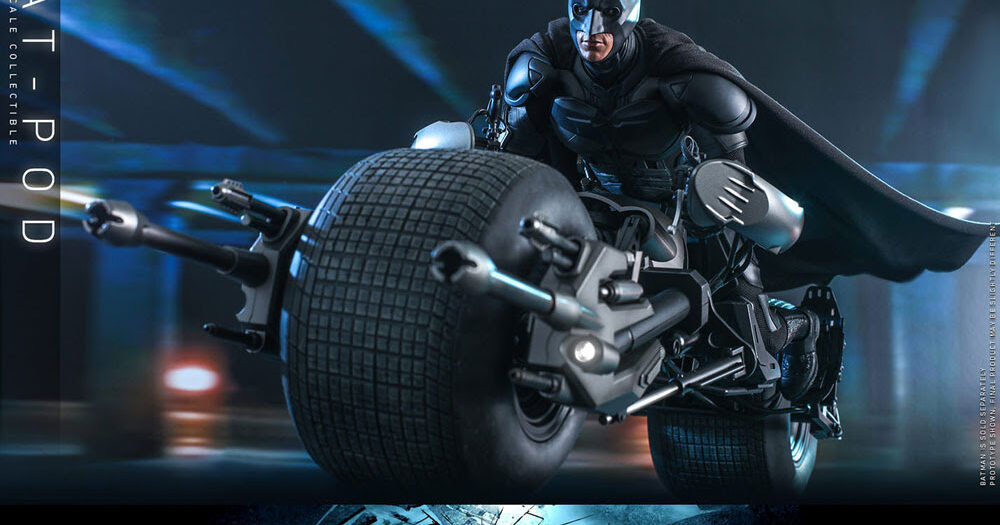 If you’re into collector-level figures, then you know full well what Hot Toys brings to the table. With that in mind, check out their Batman stuff for 2022.

Did you like The Dark Knight Rises? The capper to the ‘Dark Knight’ trilogy of films from director Christopher Nolan is a little bit divisive, so you’re forgiven if it wasn’t your bag. Chances are though, that you dug the first two films in that series quite a bit.

If you did, then you will probably like what high-end collectible maker Hot Toys has cooked up. It’d actually be kind of shocking if you didn’t, since the two latest announcements from the company are pretty terrific.

First up is the Dark Knight himself.

This version of Batman has a ton of accessories, including multiple expression options and weapons, a Bruce Wayne head sculpt (featuring actor Christian Bale), and an eye option that mimics the beloved tech-cowl. Well, beloved by me anyway. I obviously don’t know if you thought that was freaking awesome-looking and not used enough, or are wrong.

Have a look at what’s included:

As for announcement number 2, that’d be the Bat-Pod.

Batman’s Tumbler escape pod/motorcycle is fully detailed and scaled to the 12″ figure above. Yeah, it’s a big boy, and it’s looking both film-accurate and great here.

Measuring approximately 58.5cm in length, the Bat-Pod is recreated in one-sixth scale with exceptional precision and outstanding paint application.
Featuring:

• An adaptor for equipping the EMP rifle (EMP rifle not included)

Both pieces that you see above are ready for pre-order now, via Hot Toys’ retailing partner Sideshow Toys, but you won’t get them for a good long time. Believe it or not, these aren’t set to ship till 2022. Still, with these things there’s always the possibility that a pre-order will be well worth it.

Jason's been knee deep in videogames since he was but a lad. Cutting his teeth on the pixely glory that was the Atari 2600, he's been hack'n'slashing and shoot'em'uping ever since. Mainly an FPS and action guy, Jason enjoys the occasional well crafted title from every genre.
@jason_tas
Previous Trailer: Take a peek at Call of Duty: Black Ops Cold War season 1
Next Newegg celebrating Cyberpunk with gaming PC giveaway