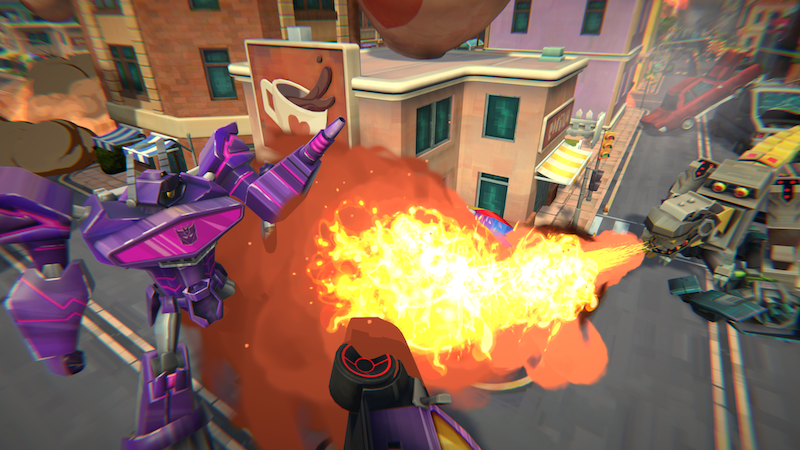 Coming up this month, Transformers Battlegrounds is a “tactical action” game starring the iconic the Autobots and Decepticons. It’s up for pre-order now.

Strategy is a genre that doesn’t get a ton of play with more action-y properties like Transformers, but it seems like it would work. With both factions of bots in the IP being made up of mainly singular characters, and not “armies”, it feels like it could fit that mould well.

I’ve often thought that for G.I. Joe, and it’s the style of Transformers Battlegrounds. You can check that out in action right here:

If you’re thinking that Battlegrounds looks like something you’d be into playing, you’ll be happy to know you can lock up a copy for yourself starting right now. The game is up for pre-order as of this week, and does have some incentives.

Though there will be a retail edition as well, the Digital Deluxe Edition includes some extras. If you pre-order that one, you get the base game, and also ” four additional Autobot skin packs and an exclusive game mode ‘CUBE’ the greatest sport in the galaxy! Also those who pre-order the Digital Deluxe Edition on console receive 10% off ahead of launch as well as two pre-order only exclusive skins (Nemesis Prime and Goldfire Bumblebee).”

As to when you can finally roll out with the game, Transformers Battlegrounds is set to arrive for the PS4, Xbox One, and Switch on October 23rd.

Jason's been knee deep in videogames since he was but a lad. Cutting his teeth on the pixely glory that was the Atari 2600, he's been hack'n'slashing and shoot'em'uping ever since. Mainly an FPS and action guy, Jason enjoys the occasional well crafted title from every genre.
@jason_tas
Previous Postal makes its first appearance on consoles with today’s Redux
Next Transformers ‘1986’ Studio Series is live for pre-ordering