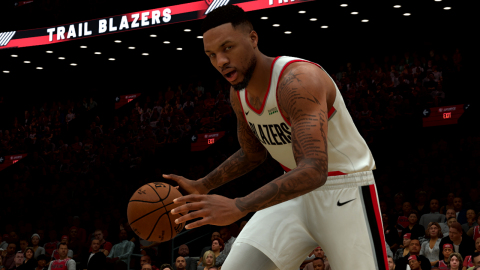 NBA 2K21 arrives this week, along with RPG Maker MV, and a whole bunch more. That includes Super Mario All Stars, that was just announced today.

There’s a clear headliner this week, that being NBA 2K21. 2K Sports’ Bball title is one of the biggest sports games to hit the Switch, and lands just in time for the heat of the formerly-delayed NBA playoffs.

2K promises big time improvements over last year’s model with this one, including from just about every angle. It lands tomorrow, September 4th.

This week also brings Super Mario All Stars though, which was just announced this morning at the Nintendo Direct for Mario’s 35th. That game, if you don’t know, debuted on the SNES in the 90s and updated all of the NES Mario titles to 16bit-ish level graphics.

If you haven’t played it before, and you’re a big Mario fan, I definitely recommend it. And hey, it’s ‘free’ if you’re a paid Nintendo online subscriber, so why not?

As for the rest, scroll on down and see the full list of what’s new on Switch:

Jason's been knee deep in videogames since he was but a lad. Cutting his teeth on the pixely glory that was the Atari 2600, he's been hack'n'slashing and shoot'em'uping ever since. Mainly an FPS and action guy, Jason enjoys the occasional well crafted title from every genre.
@jason_tas
Previous Nintendo unleashes a Super Mario onslaught for 35th anniversary
Next Trailer: Ys Origin remake comes to Switch