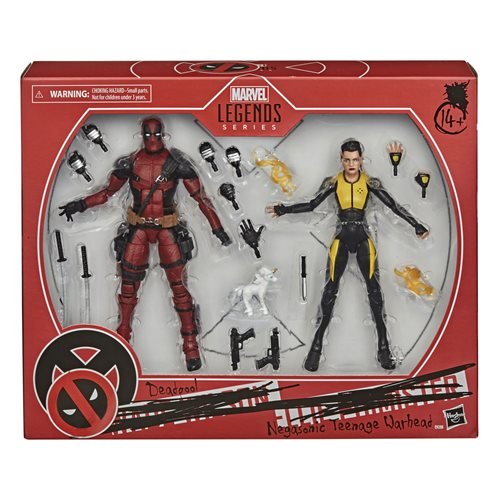 It’s been a Hasbro deluge this week, and one that just keeps on keeping on. The Old Man Logan 2-pack and Deadpool movie figures are the latest.

If you haven’t been paying attention, it’s been a week. Yes I know, it’s just Tuesday, but for collectors it’s felt more like a year and a half. One off the biggest reasons for that has been Hasbro.

The company has posted exclusives all over the place this early week and last. And while that might sound cool, consider that almost all of those exclusives sold out in minutes. Well, except for the Target-exclusive G.I. Joes… those lasted about 10 seconds.

A little more secure though, are the figures that are decidedly not exclusives. Available at seemingly most retailers is a new spread of X-Men figures that span the popular Old Man Logan universe, as well as the Deadpool movies.

The sets include a pair of 2-packs, as well as a single carded immortalization of actress Zazie Beetz’ Domino.

As mentioned, all of the above are ready for pre-order, including from our sponsors at Entertainment Earth. And as usual, if you order from them, BG will receive a small commission from your purchase.

Jason's been knee deep in videogames since he was but a lad. Cutting his teeth on the pixely glory that was the Atari 2600, he's been hack'n'slashing and shoot'em'uping ever since. Mainly an FPS and action guy, Jason enjoys the occasional well crafted title from every genre.
@jason_tas
Previous Playmobil Back to the Future (Toy) Review
Next RAW10 brings monsters back to McFarlane Toys