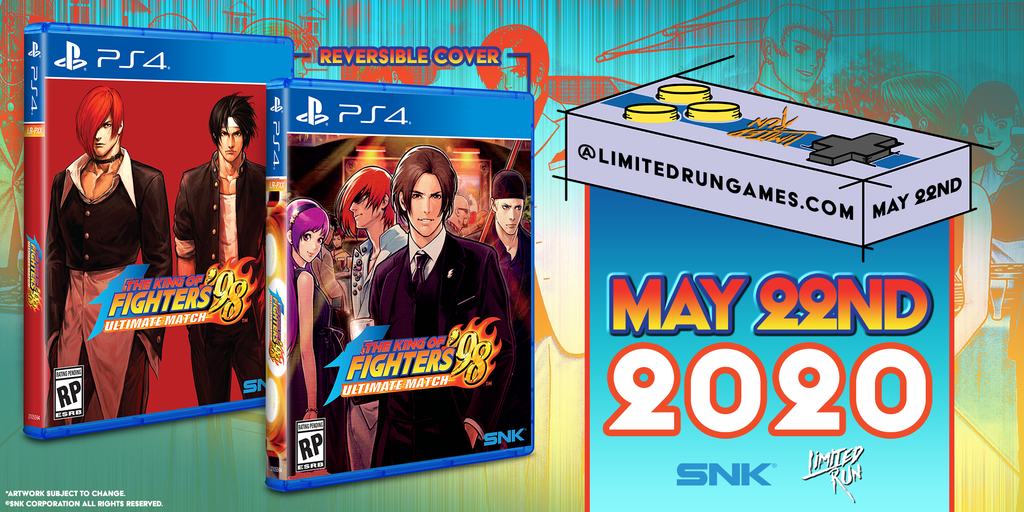 King of Fighters 98 gets the Limited Run treatment this week

Hail to the King

We all have favorite fighting games, or series’. I think it’s fair to say that a mainstay on many a fan’s list is the name ‘King of Fighters’. And there’s one game from that iconic series that usually stands above all others. That, of course, is King of Fighters 98.

If you’re a fan of this particular title, then you’re going to love what Limited Run has on tap for this Friday. The publisher of small batch games has two versions of the game ready, both for the PS4.

The first is the standard copy, which gets you the game only. But of course there’s a collector’s edition as well. And yes, it’s just as cool as you might have thought. The game is loaded into a package that recollects the SNK NEO GEO carts of old. But it gets better since it also comes with a replica (non-playable) cartridge and a set of art cards. Pretty slick, though that’s not all that’s going up for sale.

As for how these will be sold, it depends on what you want. The game’s sales will be of the usual morning and evening batches. The OST though, seems like it might be even more exclusive.

Bottom line, get to the site early, make sure you’re logged in, and get ready to move fast. These things usually sell out like lightning.

Jason's been knee deep in videogames since he was but a lad. Cutting his teeth on the pixely glory that was the Atari 2600, he's been hack'n'slashing and shoot'em'uping ever since. Mainly an FPS and action guy, Jason enjoys the occasional well crafted title from every genre.
@jason_tas
Previous “Hidden Gem” sale kicking off on Marvel Comics App
Next Nintendo Download: Will You Be Mine?