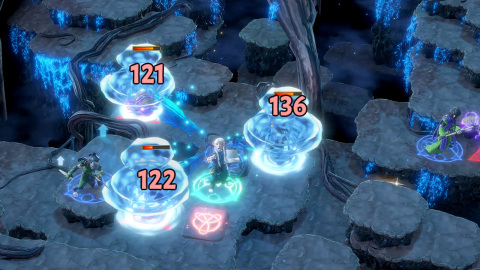 Home / News / Nintendo Download: A Beacon of Light in the Darkness

Nintendo Download: A Beacon of Light in the Darkness

The Age of Resistance begins as the Dark Crystal game arrives on the Switch, along with one of the greatest Football games ever.

Well it’s once again Super Bowl weekend, and that usually means one of two things. Either you’re heading to a party, and pumped for the game and/or commercials and big movie trailers, or you don’t care in the least.

If you’re of the former mindset, then you might be excited to see there’s one more thing you can add to that ‘big game’ party. The arcade version of Tecmo Bowl is at the line of scrimmage, and available now for the Switch.

Now, this is the arcade version of the game, so there are some big differences from what you might be used to. Namely, this one looks a heck of a lot better than the NES game did. There’s a downside though, and that’s that there are only two teams to play as, and they’re both fictional.

If that kills this one for you, then you might be happy to know that there’s another choice this week, in the headline game – The Dark Crystal: Age of Resistance.

A turn-based, tactical RPG, Age of Resistance is actually looking pretty good. I’m pretty sure it’s also the first game based on the property since 1983’s Atari title. So this one’s been a long time coming.

*Full version of game required to use DLC; sold separately.

Jason's been knee deep in videogames since he was but a lad. Cutting his teeth on the pixely glory that was the Atari 2600, he's been hack'n'slashing and shoot'em'uping ever since. Mainly an FPS and action guy, Jason enjoys the occasional well crafted title from every genre.
@jason_tas
Previous One:12 Collective Wonder Woman (Action Figure) Review
Next McFarlane’s DC Multiverse figures landing in stores