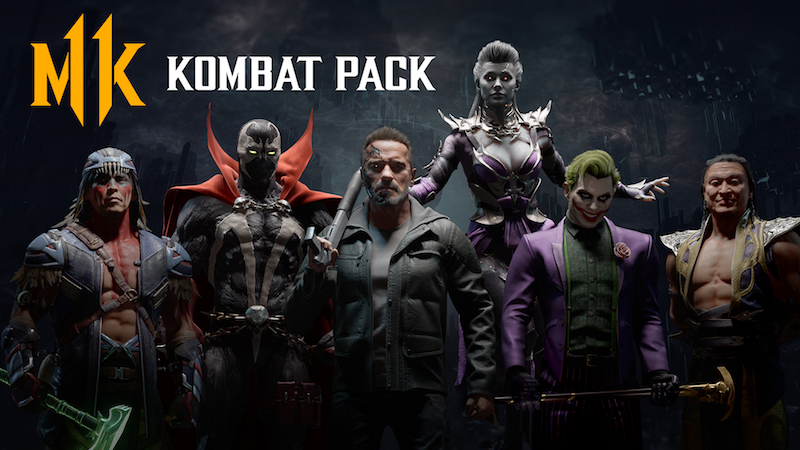 The first Kombat Pack for Mortal Kombat 11 has been officially revealed. The trailer showcased some known quantities, and a few big surprises.

So this is a bit of a surprise. Yes, Spawn was officially confirmed today for MK11, and we also got to see a little bit more of Shang Tsung, Sindel, and Night Wolf. But the new trailer for the first MK11 Kombat Pack also showed off a few big shockers.

First is DC Comics’ Joker, which totally came out of left field, not that Arnie didn’t. Portrayed by Arnold Schwarzenegger, Mortal Kombat 11 will get the T-800 model Terminator as seen in the newest movie in the series Dark Fate.

I’m a little meh on Joker. If NetherRealm was going to use a DC character, I’d have rather seen something a little more horror-based like Necron or Trigon… or maybe even John Constantine. I’m actually feeling the same about the Terminator.

I know the decision to use the older Arnold is probably due to Dark Fate, but I’d have rather seen the T-800 in his prime, as he appeared in Terminator 2. Not that it’s not still cool to have a Terminator, I’m just picking.

We’re not going to be getting some of these characters for a while either. Shang Tsung and Night Wolf are out now, but the rest of the releases are spread out quite a bit, into next March.

Check out the official release calendar below:

Jason's been knee deep in videogames since he was but a lad. Cutting his teeth on the pixely glory that was the Atari 2600, he's been hack'n'slashing and shoot'em'uping ever since. Mainly an FPS and action guy, Jason enjoys the occasional well crafted title from every genre.
@jason_tas
Previous Torchlight II on Switch detailed
Next The wild launch trailer for Control has arrived