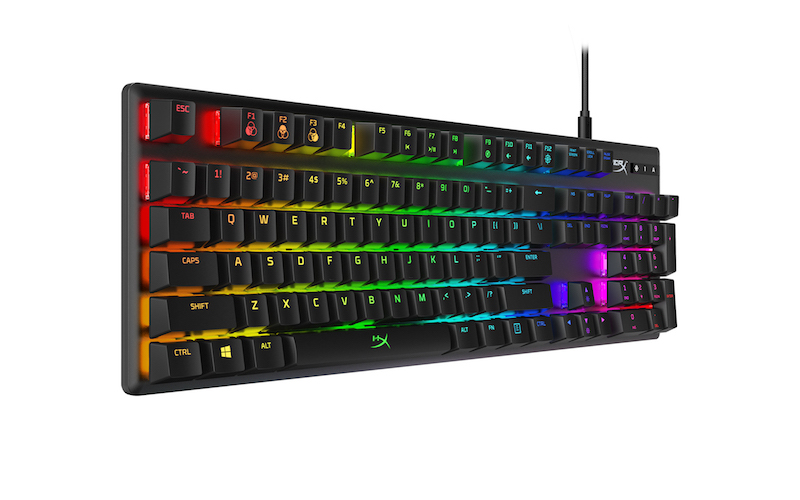 PC and console peripheral maker HyperX has a pile of new stuff on the way. New headsets, chargers, gaming mice and more were all announced.

We’ve been fans of HyperX for a while now here at BG. We’ve taken detailed looks at a bunch of their products, and that includes some excellent headsets.

In terms of their catalog, it’s always being built upon. HyperX is nothing if not busy, and this GamesCom show is a perfect example of that. The company has something on the way from just about every category, including some of those headsets.

One of the most notable pieces of news is that HyperX is producing Aqua switches for its Alloy Origins mechanical keyboard. The new switches will “feature a 45g actuation point, shorter travel time and are rated for up to 80 million lifetime clicks”.

Other PC gaming items include:

There’s plenty of console news as well, including newly announced accessories like:

Jason's been knee deep in videogames since he was but a lad. Cutting his teeth on the pixely glory that was the Atari 2600, he's been hack'n'slashing and shoot'em'uping ever since. Mainly an FPS and action guy, Jason enjoys the occasional well crafted title from every genre.
@jason_tas
Previous Sony has finally acquired Insomniac
Next Torchlight II on Switch detailed