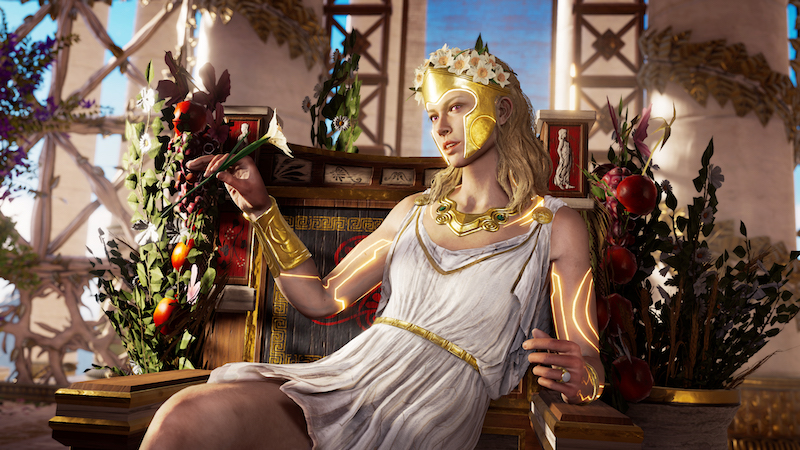 The Fate of Atlantis begins in Assassin’s Creed Odyssey

If you’re somehow unaware, one of the very best games of 2018 was Assassin’s Creed Odyssey. Ubisoft’s latest game set in the AC universe was massive, sprawling, and designed to have legs well into the current year.

That’s due to the deep dlc plan. It saw not only side adventures to expand the main story, but also one that is unfolding right now. That’s Fate of Atlantis, a quest that’ll be arriving in 3 parts.

The first is Fields of Elysium. There players will bring the heroes of the main game face to face with the gods themselves…

Fields of Elysium introduces players to the paradise of Elysium, an otherworldly realm of luscious growth and no conflict, ruled by the goddess Persephone. As the story unfolds, players uncover its sinister secrets while trying to unlock the power of the Staff of Hermes to find a way out of Elysium. Helping Hermes, Persephone’s friend Hekate, and the human Adonis, players uncover the true nature of Elysium as it inevitably descends into civil war.

Now, ideally, you will have finished up with the story of the aforementioned main quest. If you have, then you’ll be ready to dive into Fate of Atlantis. There you’ll find not only the above, but also a few new tricks for you to learn.

A total of four new ability enhancements will be included in Fields. Those are:

But what if you didn’t finish the main story?

Don’t worry if you’ve been slacking, Ubi has you covered. Well, they sort of do, though there are drawbacks. Maybe the biggest is that you won’t be able to accrue achievements.

Though it’s also a bummer is that you can’t carry your hero back into the main game. But even so, you can start this new storyline anyway thanks to a cheat… of sorts.

In order to play Fields of Elysium, players will have two different options:

Jason's been knee deep in videogames since he was but a lad. Cutting his teeth on the pixely glory that was the Atari 2600, he's been hack'n'slashing and shoot'em'uping ever since. Mainly an FPS and action guy, Jason enjoys the occasional well crafted title from every genre.
@jason_tas
Previous Hasbro’s new Overwatch figures are hitting stores now
Next Dragon’s Dogma: Dark Arisen available now for Switch