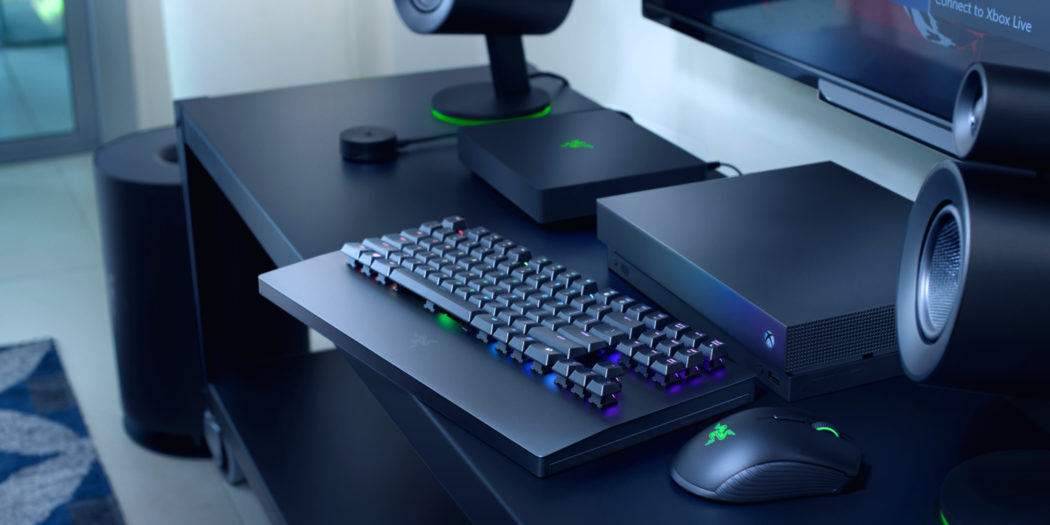 Razer’s keyboard and mouse combo arrives for Xbox One

Microsoft’s Xbox One has finally gotten some keyboard and mouse support. Peripheral-maker Razer has just the ticket for those looking to dive in.

Tried and true, there are few ways to play certain types of games (like FPS’) that works as well as a keyboard and mouse combo. At one point I actually got so used to a gamepad txt I thought that was just as good, but I was so, so wrong. Going back tot he land of PC gaming taught me that. From the looks of things, Microsoft gets it too.

The Xbox One family of consoles recently received support for the devices. That is a very good thing for those who like both big screen play and that famed control combo.

Now one of the biggest names in gaming peripherals, Razer, has a fresh offering for the occasion. The Razer Turret is the “world’s first wireless keyboard and mouse combo designed for Xbox One.”

And for those looking for that staple Razer “Chroma” lighting, yes you get that too with the Turret. Complete with keyboard, mouse, and mousepad, it actually looks pretty awesome.

Unfortunately, it’s also pretty expensive. The Turret clocks in at $249.99 USD. That’s not cheap by any means, though again, the unit looks pretty nice. And again, it’s Razer, so you probably shouldn’t have assumed a low price tag anyway. Whether or not it’s worth the price is up to you.

The Razer Turret is available to order right now.

Jason's been knee deep in videogames since he was but a lad. Cutting his teeth on the pixely glory that was the Atari 2600, he's been hack'n'slashing and shoot'em'uping ever since. Mainly an FPS and action guy, Jason enjoys the occasional well crafted title from every genre.
@jason_tas
Previous Episode 55: Hitman’s Return, Again
Next Netflix’ Polar adaptation gets a first trailer