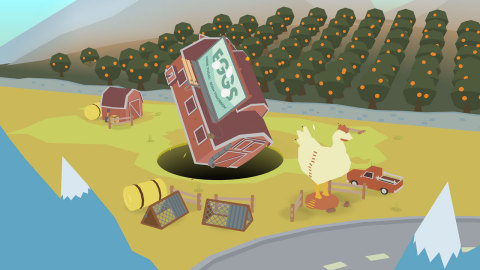 Happy Holidays, from Nintendo! Nice greetings aside though, there isn’t much in the Download this week. Though that’s to be expected.

Walking in a winter wonderland

No, this week’s Nintendo Download doesn’t have first party Nintendo release in it. It also doesn’t have a triple-A third party game. Actually, it doesn’t have much of anything that might stand out.

There are some kind of neat looking titles for sure, like Omega Strike, but nothing exceptional. And that’s fine. Actually, it’s expected. The last few weeks before Christmas are always deadly silent when it comes to big new games. It’s simply too late in the season to justify a large-scale title launch. Remember that something landing just before Christmas won’t get as much of that desirable “Holiday” money as it would if launched in October or even November.

So what we’re left with is… some stuff. Again, not that there might not be some very nice games in this mix, but I feel very comfortable saying there’s nothing that’s a must-play.

*Full version of game required to use DLC. Sold separately.

**Gold Points are awarded based on the amount you pay (excluding tax and any points or discounts used) and have no cash value. Bonus points will be issued on the game’s launch day, are earned based on the original list price of the game on Nintendo eShop, and will vary by country and currency. Terms apply. https://accounts.nintendo.com/term_point.

Jason's been knee deep in videogames since he was but a lad. Cutting his teeth on the pixely glory that was the Atari 2600, he's been hack'n'slashing and shoot'em'uping ever since. Mainly an FPS and action guy, Jason enjoys the occasional well crafted title from every genre.
@jason_tas
Previous Marvel’s Spider-Man hunts down a series of variants this March
Next All 3 game platforms move over 1.3 million units in November