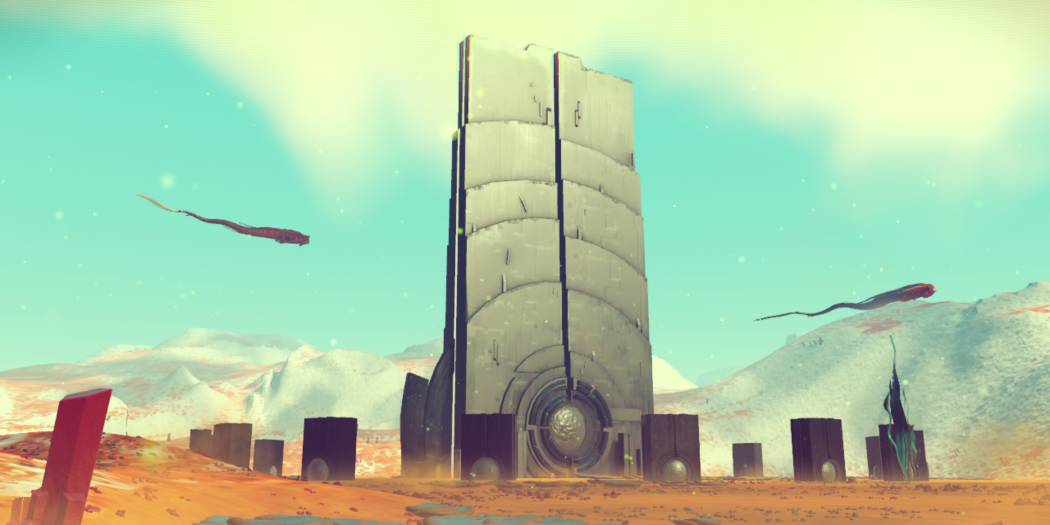 While the landscape is beautiful, being able to teraform an alien planet would be amazing.
Home / News / Sean Murray issues list of updates included in No Man’s Sky NEXT

No Man’s Sky NEXT is almost here, bringing the Xbox One version along with it. And now we’ve got a comprehensive list of improvements that it’ll offer over the original.

I would not call No Man’s Sky a flop in any way. The space adventure game released a while ago on the PS4 and received a decent amount of critical acclaim and good fan-response. What it also garnered though, was a lot of disappointment.

As interesting as the game was, developer Hello Games didn’t come thought on some things that the community wanted. Mainly, that shook out to be multiplayer, but there were some other things that players complained about as well.

Fast forward to present though, and we’re on the edge to seeing a massive update to the game called No Man’s Sky NEXT. NEXT will update the PS4 and PC versions, and be included in the Xbox One edition, which is a brand new offering.

But what will it entail exactly? Well, a ton.

Hello Games chief Sean Murray himself explains in the following letter to the players:

Hello everyone  – it’s an exciting and super busy month for Hello Games and No Man’s Sky as we have our massive NEXT update launching across all platforms on July 24th, and for the first time on Xbox One!

We will be sharing more details about the new content in the run up to launch. But a question we get asked all the time is ‘what’s changed in No Man’s Sky?’, so our friends at 505 Games have made a handy vid, “11 Things That Have Changed in No Man’s Sky Since Launch”, to remind everybody about the many many things that have changed… since launch.

Jason's been knee deep in videogames since he was but a lad. Cutting his teeth on the pixely glory that was the Atari 2600, he's been hack'n'slashing and shoot'em'uping ever since. Mainly an FPS and action guy, Jason enjoys the occasional well crafted title from every genre.
@jason_tas
Previous Bandai Namco’s Code Vein pushed into 2019
Next SDCC 2018: Activision touts Call of Duty, Spyro