Two classic franchises will be making the San Diego Comic Con for Activision. Expect both Call of Duty and Spyro to be presences.

While Spyro: Reignited Trilogy and Call of Duty: Black Ops 4 won’t be the only games Activision will have on hand for Comic Con. But while that’s true, they’ll definitely be the biggest. And if you’re going to the show, you have a chance to play ’em before anyone else.

Included in the demo stations will also be Crash Bandicoot: The N.Sane Trilogy and Destiny 2. And all of Activision’s big four properties will have “multiple consumer products for purchase, talent signings, and exclusive newsbreaks” associated with them.

But while that’ll be it for Crash and Destiny, BlOps4 and Spyro will also have panel discussions for fans to partake in.

Scroll down for the full schedule for what Activision has planned. 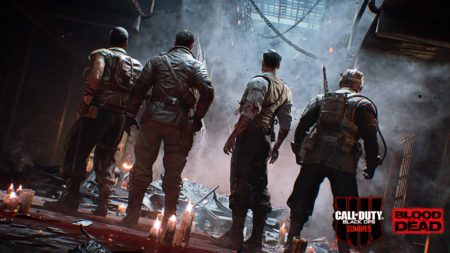 Jason's been knee deep in videogames since he was but a lad. Cutting his teeth on the pixely glory that was the Atari 2600, he's been hack'n'slashing and shoot'em'uping ever since. Mainly an FPS and action guy, Jason enjoys the occasional well crafted title from every genre.
@jason_tas
Previous Sean Murray issues list of updates included in No Man’s Sky NEXT
Next “Rowdy” Ronda Rousey is the second pre-order exclusive grappler for WWE 2k19