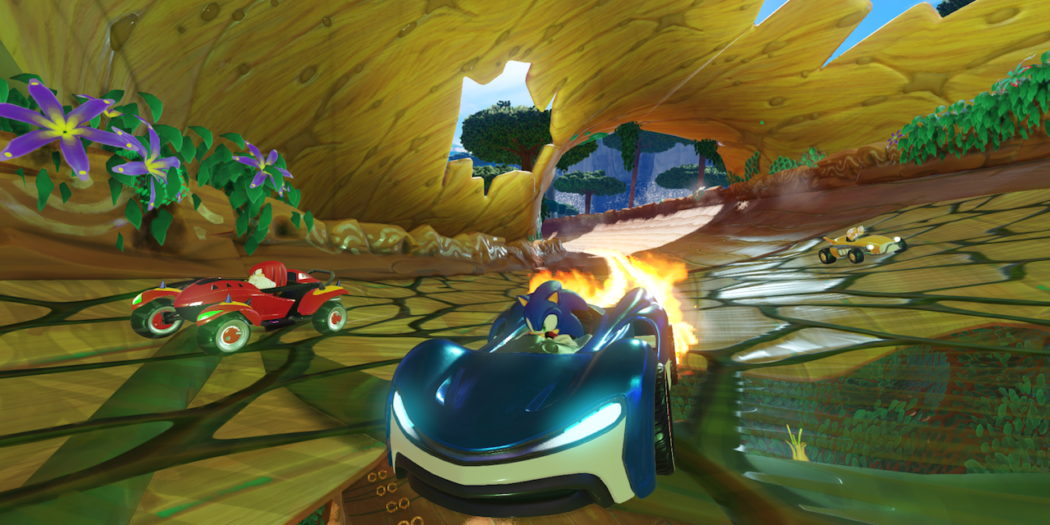 Ready for more track based action from Sonic the Hedgehog and crew? If you are, you’re going to love what Sega cooked up Team Sonic Racing’s new trailer.

With two games under this series’ belt already, you kind of know what to expect from Team Sonic Racing. That would be lots of speed, some very familiar racers, and a set of colorful courses. Even so though, as a fan myself it’s darn good to see Sonic and crew back in the cars. Sure, Mario Kart is the king of the kart-racing genre’s hill, but Sonic manages to put on quite a show himself.

As for this new installment, watch for it to offer some nice new features, like a teamwork theme to the races. Sega says that up to 12 gamers can play online together as well, in Grand Prix, Time Trial, and Team Adventure modes. And of course, items like Transfer, Slingshot, and Skim Boost will be back to both help and hinder during races. Likewise, there’ll be customization options aplenty.

Team Sonic Racing is set to speed onto the Xbox One, PS4, and Nintendo Switch with both digital and physical editions. The PC will be getting in on the blue-blurring as well, though that version will be digital only.

Jason's been knee deep in videogames since he was but a lad. Cutting his teeth on the pixely glory that was the Atari 2600, he's been hack'n'slashing and shoot'em'uping ever since. Mainly an FPS and action guy, Jason enjoys the occasional well crafted title from every genre.
@jason_tas
Previous Nintendo E3 Wrap Up: A Smashing Good Time
Next E3 2018: Activision sneaks a new level into Crash Bandicoot: The N.Sane Trilogy