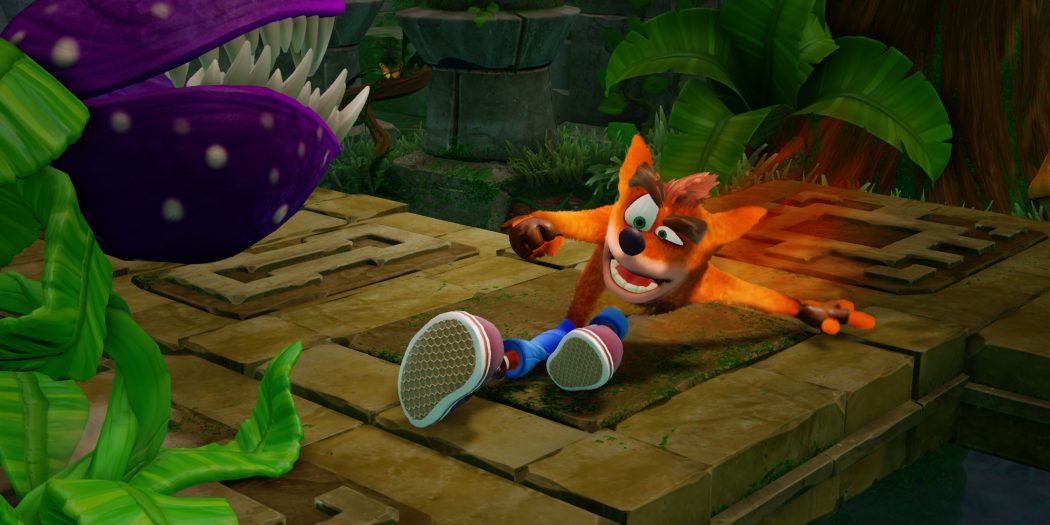 Think you’ve played all there is to offer in Crash Bandicoot: The N.Sane Trilogy? Hang on, ’cause you haven’t. Activision has just announced Future Tense.

“Adding a new level to Crash Bandicoot N. Sane Trilogy was something we always wanted to do, and introducing Future Tense allows us to give all Crash players something new to play just in time for the multi-platform release,” said Jennifer Oneal, Studio Head at Vicarious Visions.
“We hope Future Tense will allow players to re-experience that feeling from the good ‘ol days when they first cracked open a Crash Bandicoot game and had to figure out how to get past a brand-new challenge, or find that one last crate,” added Future Tense level designers Ben Dorsey and Stephen Ivanauskas. “And frankly, Crash Bandicoot levels are fun to make!”

Let’s hope they’re very fun to make, since I think it’s pretty fair to say that fans want more. Maybe this is a taste of what might be to come? Maybe, but that’s just conjecture on my part, and probably a lot of wishful thinking.

As of right now, all that’s on the horizon is the multi-console port of Crash Bandicoot: The N.Sane Trilogy, which is set to hit the Xbox One, Nintendo Switch, and PC at the end of this month.

Jason's been knee deep in videogames since he was but a lad. Cutting his teeth on the pixely glory that was the Atari 2600, he's been hack'n'slashing and shoot'em'uping ever since. Mainly an FPS and action guy, Jason enjoys the occasional well crafted title from every genre.
@jason_tas
Previous E3 2018: New Team Sonic Racing trailer blasts out
Next E3 2018: Destiny 2: Forsaken’s Gambit brings a little PvP to PvE