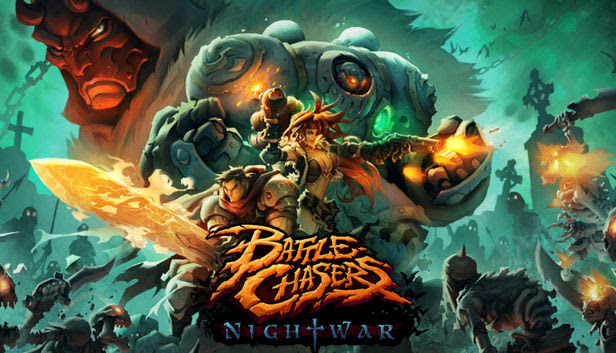 One of the cooler-looking JRPG’s in recent years, and based on the comic book of the same name, Battle Chasers is finally heading to the Nintendo Switch.

You might remember Battle Chasers the comic, which ended its run a few years back. A pretty well-received title from Joe Madureira and Image, the book was a crowd pleaser set in a fantasy world.

This new game is a continuation of that tale. It’s actually already available on the PC, Xbox One, and PS4 too. Though they were all announced at the same time, it has yet to make landfall on the Switch. That’s about to be corrected however. THQ Nordic has just announced that the title will be hitting Nintendo’s little wonder of a platform in just a few weeks time.

As for what you can expect from the gameplay, Battle Chasers is a turn-based affair. It plays out like many of the classic JRPG’s do. That’s a style that’s not all that common these days, so it’s kind of neat to see it implemented here.

It’s also worth noting that Battle Chasers has already accrued some very nice reviews too. So it just might be well worth your time if you’ve waited patiently for the new Switch edition. As to when you’ll finally be able to play that version, you can safely mark your calendar for May the 15th.

Jason's been knee deep in videogames since he was but a lad. Cutting his teeth on the pixely glory that was the Atari 2600, he's been hack'n'slashing and shoot'em'uping ever since. Mainly an FPS and action guy, Jason enjoys the occasional well crafted title from every genre.
@jason_tas
Previous Nintendo Download: Flipping Out
Next Divinity: Original Sin II on the way to consoles this August