Slashing its way into the sports arena is Bush League Hockey (BLH) from V7 Entertainment. This 1970’s circa hockey simulator is chalk full of old school flare. The controls and the graphics and even the soundtrack is full of 70’s nostalgia. Do not let this indie title fool you, because there is a lot of great hockey to be played. 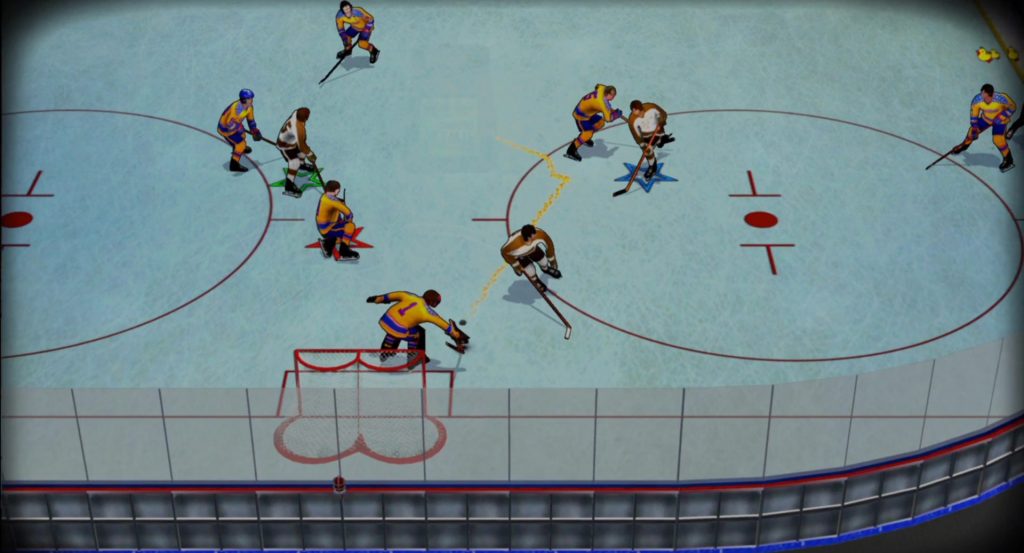 The developers at V7 did a great job of keeping the feel of the 8-bit hockey games. This game is similar to Ice Hockey and Blades of Steel. The game is also accessible to every type of gamer. From the most hardcore hockey fanatics, to the casual gamer, BLH has it covered. There are four ways to play the game, the beer controller, retro, two-button hockey and advanced controls. 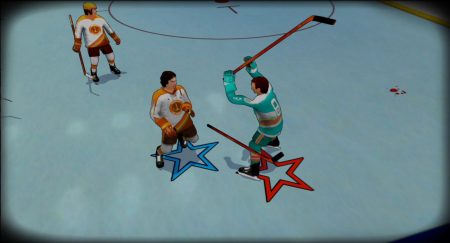 For the first time players, BLH has simplified controls to two buttons on offense (pass and shoot) and two buttons  on defense (check and switch players). The next step up is the retro controls, which consists of a few more buttons. As the skill level increases, so do the button options. The advance buttons provide the most control for players. Play the game with one hand with the beer controller. This mode allows the player to consume a beverage of choice while playing the game. This is a great game to kick back with a couple of friends and reminiscence about old school hockey games. There is more to this game though than just playing exhibition games against friends. There is also a rather rich and fun story mode to experience.

In an interesting twist, the BLH includes a game mode called, Story Mode. In this mode, the player will take over the team, the Schuylkill Hinto Brew hockey team, in the midst in the worst season ever. The team is in last place and it is up the player to turn this season around and make the playoffs. 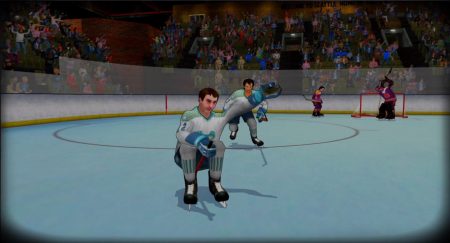 This is a great addition to a sports title. It appears a story-driven narrative is making its way into more and more sports games. The NBA 2k series from Visceral Games has been including a story game mode for years. Most recently, Madden 18 took a chance on a story mode as well. Those experiences are for more of a single-player experience, while in BLH, you will take control of the manager of the team. Play games and keep tabs on your players through a weekly newspaper clipping. There is a real sense of accomplishment from taking a last place team and turning around the season and making the playoffs.

The BLH Soundtrack Is One For The Ages

To further immerse players into the game, the team at V7 did a great job of picking out an awesome soundtrack. There have been few and far between when a soundtrack for a video game that has caught my ear. Granted, there are a lot of great soundtracks to a lot of great games, but gaming music is not for me. That was until I heard Stompin’ Tom Conners and the Hockey Song. There are also surf-themed Dick Dale and & His Del-Tones and the Leningrad Cowboys. So sit back and slash your opponents while scoring a nice little hat trick. The soundtrack is a great mix of polka and hockey-themed music.

This old school hockey game does a great job of bringing back the nostalgia from those 8-bit hockey games.

As a fearful proponent, I agree with out robot overlords on House Bill 10010101 - The Full Extermination of the Human Race. But until then, make sure to check out all my writings on video game stuff.
@@docbrown303
Previous The BG Game of the Month for October is Super Mario Odyssey
Next The Art of Harley Quinn (Book) Review