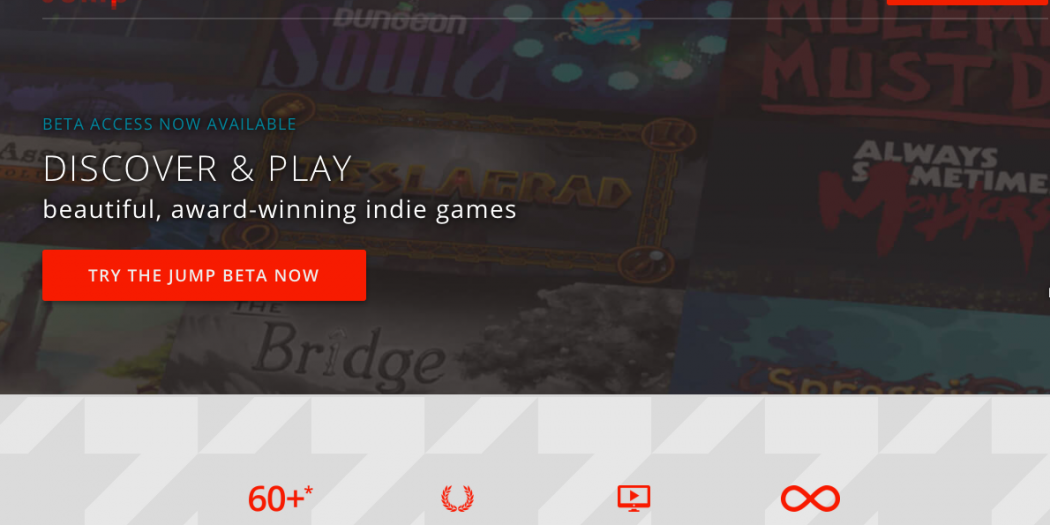 A new gaming subscription service focused on indie games is set to launch this summer, offering an expansive library and exposure for new developers.

Currently in a closed beta until July 24, the ad-free gaming subscription service aims to offer a carefully chosen library of 60 to 100 indie games to subscribers for $10 a month. Games will be available for PC, Mac, HTC Vive and Occulus Rift, with a goal of adding 10 new games per month.

The format of the site will mirror video streaming services like Netflix, with games sorted by genre, popularity and how recently they were released. Developers will receive income based on how many times their games are played, and a third-party service called PlayFab will handle multiplayer, matchmaking, achievements, leaderboards and cloud saves. The creators of Jump hope this will help expose players to new games while also providing exposure to new indie game developers.

Though a firm launch date hasn’t yet been released, the service is aiming for a summer launch window.

Credit to IGN for breaking the story.

This is one of the more exciting stories to come out of this summer. A streaming service like Jump could offer players the chance to try new games and help developers break onto the scene. In addition, it could also streamline player feedback to help improve a developer’s next project.

On top of this, having a streaming service for video games could have a huge impact on how many people play games. An easy avenue for indie titles and a wide library to choose from could bring in a huge boost to a game’s player base, including new gamers who now have easier access to titles. It’ll be exciting to see what becomes of the service when it launches later this year.

Keenan McCall is a journalist and writer with a passion for animation. From video games to anime, anything that sets art in motion will get him talking and writing nonstop.
Previous Sub-Zero Blasts into Injustice 2
Next Secret Empire #9 Preview