This week’s Nintendo Download isn’t exactly stacked, but it does include some nifty stuff. A demo of Blaster Master Zero and an NBA Jam-alike are among the offerings.

I’m a pretty big fan of the original Blaster Master on the NES. So as you can imagine, I bought BMZ as fast as anything. If you didn’t though, then this is a pretty cool week if you also happen to be a Switch owner. Why? Because Blaster Master Zero is all set for demoing as of right now. It’s also been updated with some new goodies too, if you own the title already.

Aside from the demo though, there’s a petty cool sounding NBA title called NBA Playgrounds that arrives on the 9th. The game focuses on some hot 2 on 2, arcade-style gameplay, which should immediately remind you of something. Yep, if you’re a fan of the classic NBA Jam series, this is one to watch.

Also this week is a TG16 great in the form of Bonk’s Adventure. The side-scrolling, caveman-starring action title was one of the very best on the Turbografx. Now that it’s come to the Virtual Console, it’s ripe for a replay. Just remember, that ‘VC’ tag means that it’s not on Switch. Th only place you can play Bonk here, is on the Wii U.

I know, bummer. But if it’s any consolation, remember that Nintendo will be adding the VC onto the Switch. Well, at at some point anyway. Presumably, that would mean that you’ll be able to play all these retro titles on the company’s newest. Presumably.

Scroll down for the full look at what’s new. 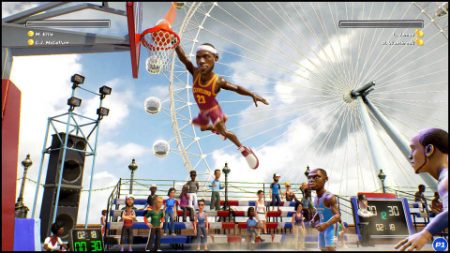 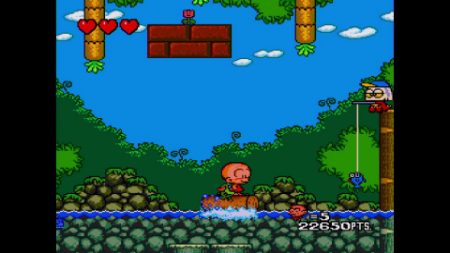 Jason's been knee deep in videogames since he was but a lad. Cutting his teeth on the pixely glory that was the Atari 2600, he's been hack'n'slashing and shoot'em'uping ever since. Mainly an FPS and action guy, Jason enjoys the occasional well crafted title from every genre.
@jason_tas
Previous CORSAIR Introduces the GLAIVE RGB Gaming Mouse
Next Valiant Previews: Free Comic Book Day special with X-O, Bloodshot and lots more

Cute horror? That’s what tough-as-nails platformer They Bleed Pixels is offering… well, that and a …