Banjo-Kazooie sticks out in a lot of people’s minds as a classic game not only of the three dimensional platforming genre, but as a classic game in its own right, standing right alongside the likes of Zelda and Metal Gear Solid.

Does it deserve that place in gamers’ hearts and minds though? Lets take a look at the Banjo-Kazooie of old.

The premise of platforming: 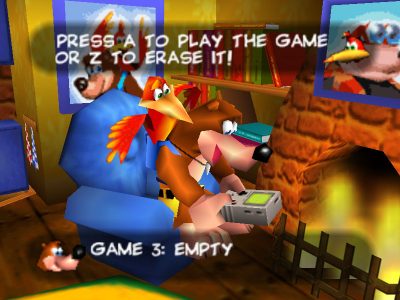 Banjo’s little sister is taken hostage by a mean witch, Gruntilda. That’s literally the entire plot. Banjo, a bear, and his bird friend Kazooie, team up to delve into Gruntilda’s lair and traverse the world to free Banjo’s sister before Gruntilda can steal her beauty.

The strength of these games never lies in their plots, though.

The real strength of Banjo-Kazooie comes out in the gameplay. The player controls Banjo, while Kazooie sits in his backpack. Certain moves allow Kazooie to come out and flap her wings, or carry Banjo so the duo can move quickly. As far as I am aware, this birth of the buddy platforming action was indeed revolutionary. The two characters complemented each other, in personality and gameplay. Banjo is the muscle while Kazooie is the finesse.

This dynamic brings the collectathon platforming to life for me. There is always somewhere new to go and something new to find. Finding various in world tokens such as puzzle pieces and music notes further open up the game worlds for exploration and collecting. The gameplay loop keeps up until the final boss. You get new abilities throughout, allowing you to explore more and more of the world.

I have already kind of talked about the gameplay in Banjo-Kazooie. You run around worlds to collect things. That’s really it. The worlds are open, though, and as long as you have the abilites to traverse the world, you’re free to go where you want. I will mention that in 2017, these worlds feel a little small. In 1998, they felt fine, though.

You collect jigsaw pieces through completing different challenges in the world. There are 10 in each world, so it doesn’t feel as though you’re going to go crazy finding every last one of them. Collectibles are hid well enough so that you feel accomplishment in finding them, but not so well hid that you ever really want to give up.

The most important thing to note is that early three dimensional games don’t age too well in the graphical department. They begin to look jagged and overall kind of janky.

This is the case for a lot of polygonal games, but is apparent in Banjo-Kazooie as well. The game doesn’t hold up incredibly well in terms of graphics. The music, however, still sounds great.

The music and sound effects are all incredibly pleasant. Chances are, if you played the game as a kid and you boot it up now, you will very easily recognize the theme music and menu songs. 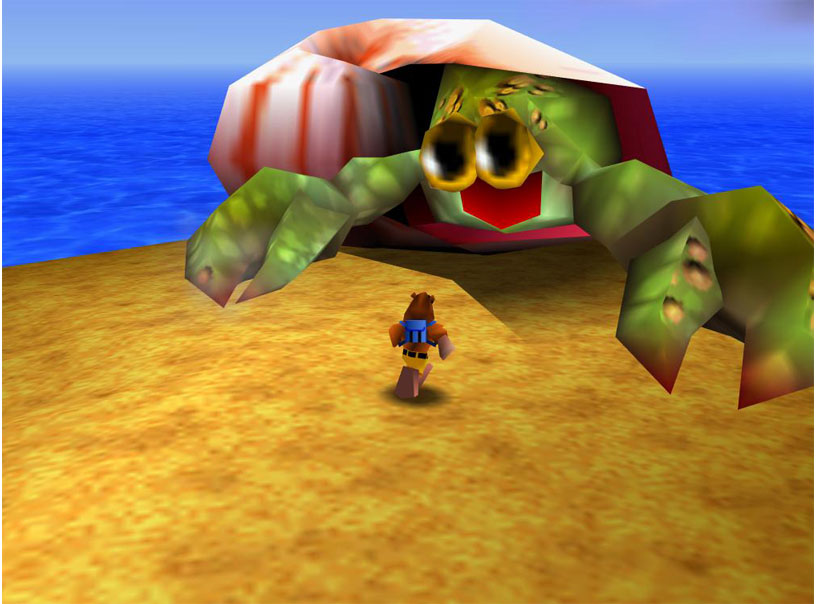 Banjo-Kazooie is a classic game for a reason. The platforming feels great and responsive even in 2017. The characters and the humor of the game is still refreshing and lovely to see. I think it is safe to say that all of the hype that Banjo-Kazooie has received has been well worth it.

Classic for a Reason

Banjo-Kazooie is a classic for a reason. The visuals might not hold up, but the gameplay was inventive and largely still holds up nearly 20 years after the original release.

Erich was introduced to gaming by his grandfather before he could walk. Since then, he has grown up loving Nintendo and most games in general. He couples his love of videogames with journalism to cover news, provide reviews and tell it how it is in the gaming world.
Previous The Flash The Once And Future Flash S3 E19 (TV) Review
Next Nintendo reports strong sales, projects profits leading into new period