Decap Attack is the epitome of wacky early 90’s platforming.

When booting up the game, you get a screen introducing the playable character, Chuck D. Head. It’s a silly name to fit a silly character in a somewhat macabre, but still silly game. The silliness shouldn’t take away from the pure platforming and combat Decap Attack has to offer, though.

The premise and game play:

There isn’t a whole lot of context given when you boot up Decap Attack. An island, a megacontinent of sorts, breaks up into its different islands. Each island is shaped as a different part of a skeleton, and each island has a different theme and feel.

The islands act as worlds, with three levels each. Each world is also guarded by a boss. Again, the bosses are just as wacky as the rest of the game. For instance, the second world, El Beau Island, is guarded by a big frog. That’s all, he’s a big frog who hops back and forth faster and faster. 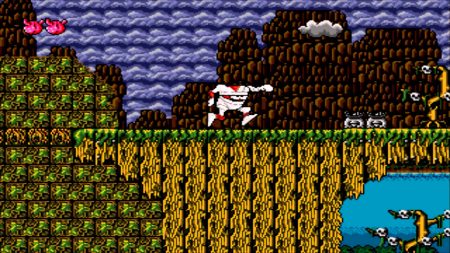 The trick to these worlds, however, is that the player needs to find a specific item on the third level before the boss will appear. The items can some times be a tad tricky to find, but overall, they promote exploration in a way that early platformers didn’t always.

The actual platforming and combat are interesting in Decap Attack. Chuck has an attack, where his chest face acts as a punching fist. If he has his collectible head (Decap), he can throw it to damage enemies. The head makes combat much easier, and with it, boss fights become a breeze. Chuck can also float by tapping the jump button repeatedly when he is in the air.

The platforming is solid and the combat is fun. Sometimes, you will make a jump to a ledge, only to be hit by an enemy that you could not previously see.

Each world is ended with a mini game which can award the player with extra lives or items to use during gameplay. These items do things like make your punch have more range and do more damage.

It’s important to note that losing all of your lives simply makes you restart the world you’re currently on.

The graphics in Decap Attack aren’t too much to brag about.

They get the job done, though. The graphics are bright and colorful, bringing a fresh perspective and feeling to each level and world. Chuck is especially well designed. I’m not sure what he is, but I love that mummy boy.

The enemies might be my favorite pieces of graphical design in Decap Attack, though. Werewolves, little guys with whirlybobs on their heads, and arrow shooting boys make up the majority of the enemies you face early on. I like the pure outrageousness that they offer, and even though they don’t fit the overall tone of the game perfectly, their goofiness brings levity to the game’s plot and tone. 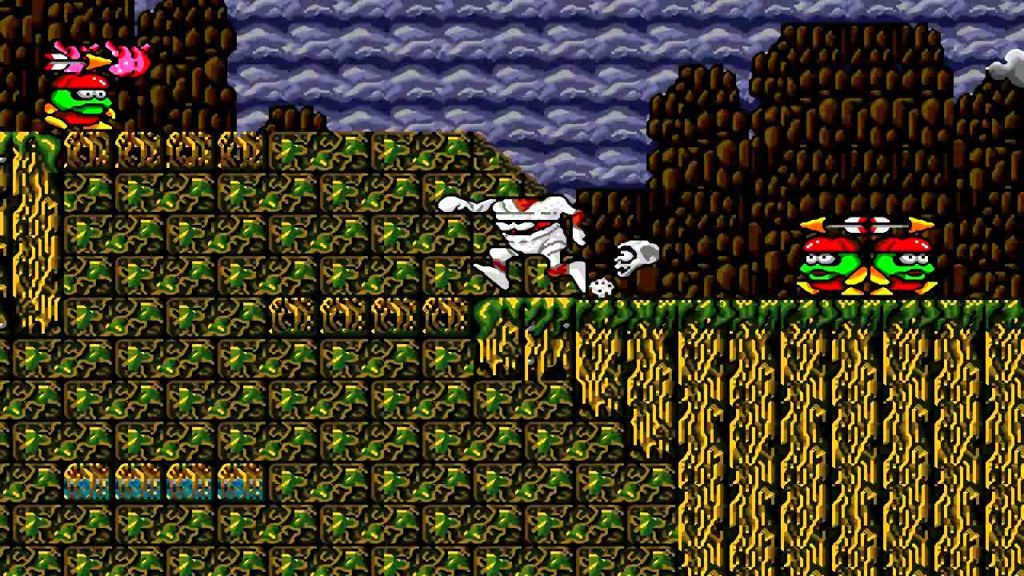 The music in Decap Attack could be memorable if it was something you played as a kid, but otherwise, I have a hard time believing the music would have a huge impact on you in 2017.

The sound bits that play whenever Chuck attacks an enemy is a memorable blip. All in all, the audio does its job without being gaudy or over the top.

Decap Attack is a fun, old school platformer from the early 1990’s. The aesthetic charm and musical charms are enough to bring players to the game, but the fun gameplay is the reason many have stuck with this game over the years.

Decap Attack is a great old school platformer which stands the test of time in 2017.

Erich was introduced to gaming by his grandfather before he could walk. Since then, he has grown up loving Nintendo and most games in general. He couples his love of videogames with journalism to cover news, provide reviews and tell it how it is in the gaming world.
Previous New Injustice 2 Trailer: Brainiac Makes His Entrance
Next The Surge preps for combat with new trailer