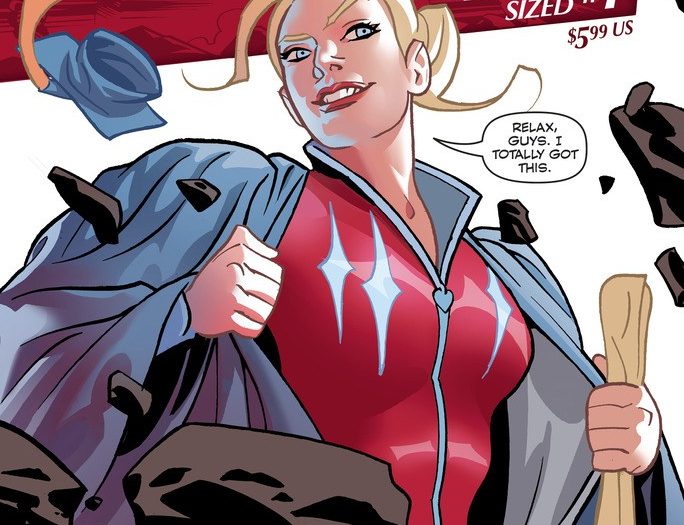 What if you grew up idolizing superheroes, wanting to become one yourself one day? When that day finally arrives, you are looked down upon like nothing more than a cheerleader. Watch the world unfold in Heroines.

Marcy Madison is in the middle of her high school valedictorian speech when the city is attacked by a giant robotic eyeball on four legs. Xenon and Bolt are unable to contain the commotion, so Marcy comes out from behind the podium and blasts the giant robot. This blast turns the tides in the battle, allowing the city’s Sentrymen to take down the attacker. 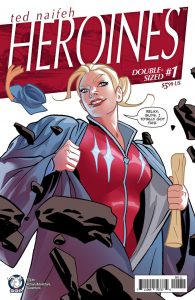 Bolt invites Marcy back to Sentrymen HQ, only to learn that this is a date, not a recruitment. He introduces a few of the Sentrymen and gives her a tour. Stormcrow, one of the sentry, tells Marcy that they don’t take interns.
It doesn’t take Marcy long to realize that what she is looking for is not available. She will have to start her own superhero group. A female superhero group.

So, two weeks have passed since Marcy got her tour from the Sentrymen. She has made up her mind that she wants to start a female superhero group. So, with the help of a Craigslist ad to get the word out, she starts meeting with interested parties.
One of these that we meet is a new-age yoga student, with a full schedule thinking she can fight crime on a set schedule. But as she makes her exit, we meet a darker, more mysterious woman sitting in the background watching this meeting take place. She is ridiculing Marcy for the lightweight discussions that have gone on.

We learn that this is none other than Raven, Stormcrow’s ex-wife, and she is nothing if not discouraging. Fighting crime on any level is not an easy job, so she advises Marcy to join the peace corp. Raven has taken up a role of a vigilante, and is content in shattering Marcy’s ‘rose-colored glasses’ view of the world they livein. Raven has been around a while, and she knows that the world is less Black & White, and more a kaleidoscope of grays.

It is a great thing when people decide to challenge the status quo of what a superhero could be or should be. If you have the ability and the desire to stand up for those who cannot, then you should be able to do so. I think what Ted Naifeh is doing with this title is incredible. Not just for the young women out there who don’t get enough encouragement, but for any young boy or girl.

Stand up and be heard. Make a difference in your world. No one wants to admit it, but a difference is certainly needed. I for one am greatly curious to see where this series leads. Hopefully it will be promoted in stores all over.

Marcy decides she is going to rewrite what the world knows as superheroes. Though she realizes this is no small task. Check out Heroines to see all the ups and downs of this adventure.

A fan of media on multiple platforms, I am always watching or playing something! Who knows what I will be on to next?
@mackeyp42
Previous Splatoon 2 global testfire kicks off soon on the Switch
Next Nick Fury #1 (Comics) Preview