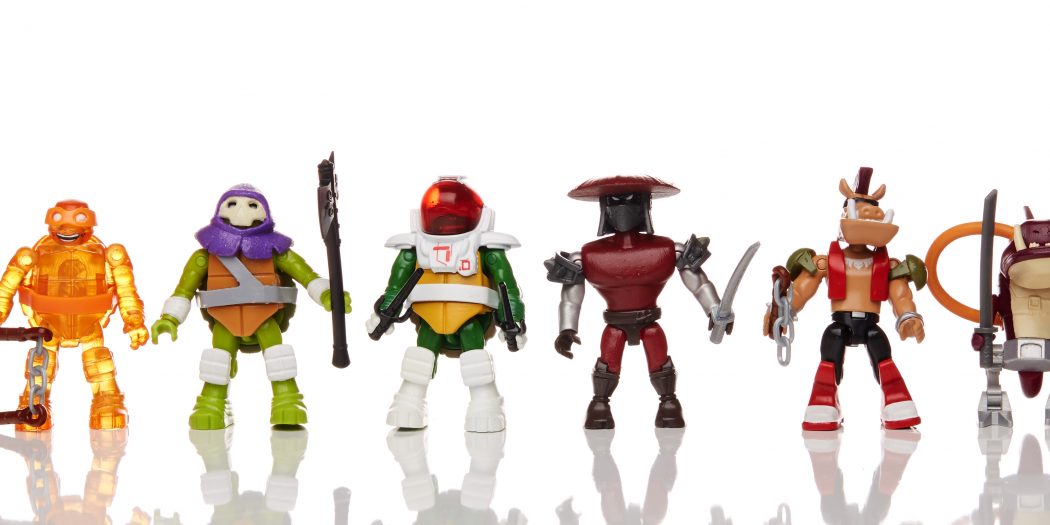 Mattel put on its usual big show at Toy Fair. Their Mega Construx line was a big part of that with Halo, TMNT, Destiny Call of Duty and lots more.

Remember Mega Blocks? Well, the building set division of Mattel has undergone a re-branding. Blocks is still around, but it’s more for the little ones now, while Mega Construx is the line that you’re gonna want to read about here.

That’ll be the name that will be emblazoned across boxes for the Halo, Call of Duty, and TMNT lines, to name a few. The Toy Fair display for all of the above this past week held some new stuff, but some older sets as well. I imagine that they’re still being offered, as some of this stuff is still pretty popular with fans.

Honestly, all of the above series’ are pretty slick. I’m not into Destiny as a game at all, but the sets are great, with Bungie’s terrific sci-fi designs coming across beautifully. It’s good to see the Halo line still going strong too, as that’s one of the longest lived series’ Mega Construx produces.

One thing that did disappoint a bit is the relative lack of new Teenage Mutant Ninja Turtles sets. There was new stuff, absolutely, but nothing along the lines of last year’s Technodrome – which is still one of the best building sets I’ve ever seen. So basically, more please.

I’d love to see one of Shredder and Krang’s classic Modules, and the Pizza Thrower, from the original toy line. Loads still to make guys *hint*hint* Not that I can complain too much, since MC is making some seriously cool stuff. And I can’t wait to see what’s next.

Jason's been knee deep in videogames since he was but a lad. Cutting his teeth on the pixely glory that was the Atari 2600, he's been hack'n'slashing and shoot'em'uping ever since. Mainly an FPS and action guy, Jason enjoys the occasional well crafted title from every genre.
@jason_tas
Previous The Flash Attack on Gorilla City S3E13 (TV) Review
Next Mobile Skylanders RPG on the way from Com2us