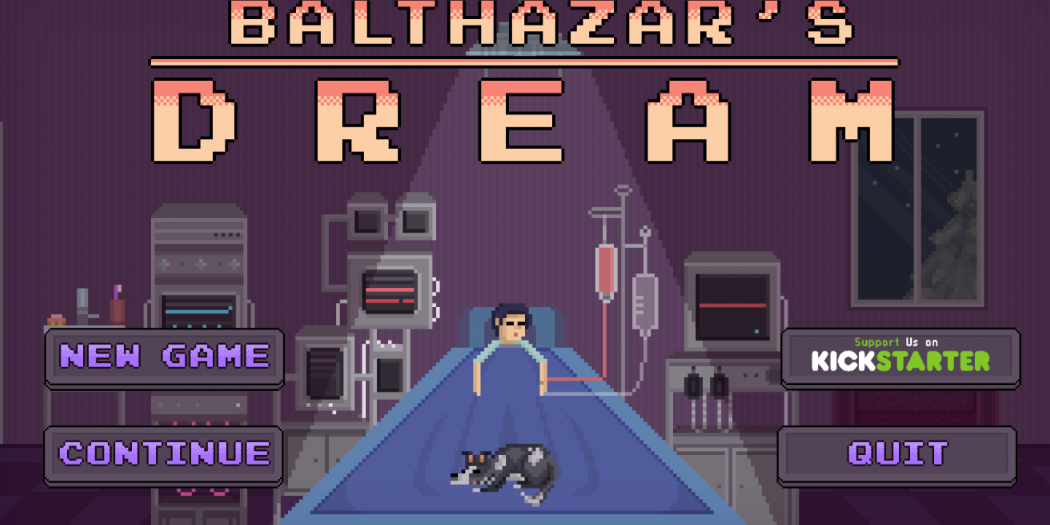 Balthazar’s Dream is an indie video game currently being developed by the small team at Psilocybe Game Studio. Having only scratched the surface playing the short demo, I’ll say that I like the art and love the music. The gameplay is somewhat interesting too, with puzzle platformer elements. The game itself is a teeny bit rough though, and needs a little bug fixing.

Balthazar’s Dream is about a dog who is best friends with a boy named Dustin. One day Dustin gets hit by a van and lands up in a coma. Balthazar stays faithfully at his side and dreams while lying beside him.

Thus, we enter Balthazar’s Dream (name drop). Balthazar meets with Dustin who is an entity in Balthazar’s dream, and Dustin guides him. However, in the darkness lurks another entity… one threatening to take Dustin away. Using his doggy instincts, Balthazar is determined to save him!

So far, the current elements of the game are quite basic for a platformer. Balthazar must navigate falling tables, pitfalls, grapes, chocolate, and cats or face immediate death. Sometimes, amusingly, spinning death.

Luckily for Balthazar there are save points appropriately placed between sections of the level. I liked the addition that the save points are fire hydrants. And yes, you pee on them and the game rewards your ‘saves’ with phrases like “Well done!”

Ropes, bouncy beds and moving sofas and carpets are some things that help Balthazar overcome obstacles. Balthazar is a smart dog, so he can swing on ropes. And he has a smarts bar, which is a cute little feature that differs from the norm.

The smart bar depletes when climbing ropes, chasing Balthazar’s ball and being scared by vacuums. I liked this element as it likens the gameplay more to actual dog behavior. Our dogs have limited attention spans, they can only be ‘smart’ for a short while.

Once the bar depletes it can have different effects on Balthazar. He can be unable to climb ropes, be forced to chase his ball, and can be scared and run faster. Nothing like dying by running into chocolate chasing after your ball.

There are 2 difficulty settings: easy and hard. Hard is indeed quite difficult but I never got frustrated because the save points were placed well. Easy mode is hella ez though. Play if you are a filthy casual.

There are pretty much only 2 tracks from the demo, but they are really fitting and pleasant, dream-like tracks to listen to. The sound effects are also good.

The multilayered backgrounds that pan as you move, lighting and dust particles were relaxing to look at and well done. 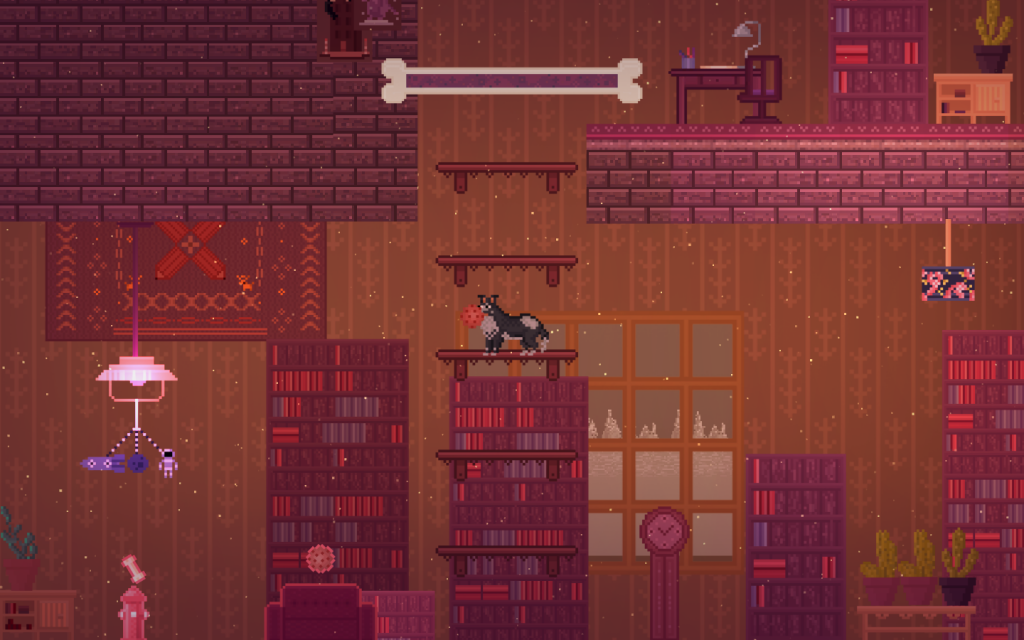 -Glitches (some pixel glitches, collision glitches especially with the ball)

-Not much substance yet

-Humor is OK for me

Help fund the game and be a part of its development over at its Kickstarter and Patreon pages. You can play the demo and discuss what you think in the comments below!

Balthazar's Dream is a slightly rough little platformer with a good heart. With funding, I hope it becomes a sweet game that has a warm story. The music was especially good.

Megan here! I am pretty well versed in all things weaboo and geek. I've loved videogames since I was born and even made my own for my 3rd year of Multimedia at the University of Pretoria in sunny South Africa. I have enjoyed anime from the days when Pokemon was considered satanic and Aniplex used to exist on DSTV. In the past couple years I have really gotten into manga, particularly Berserk to see where the story headed after the original anime. If there's one thing I will always love 110% it is cats. Don't doubt my faith in my love for felines.
Previous Evil Dead 2: A Merry Deadite X-mas (comic) Review
Next Space Hulk gets a few more screens before launch