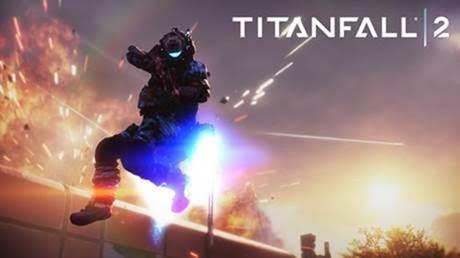 Sure the mechs in Titanfall 2 are the draw, but playing as a pilot if going to be just the right kind of nuts.

Did you play the original Titanfall? If you did, then you know that stepping into the shoes of a pilot is a lot more fun than it might seem. The Titans themselves are the stars of the show, no doubt about that. But pilots have their good points as well – not the least of which is being able to move around better and quicker then their big buddies.

Developer Respawn Entertainment says they’re the most “highly skilled predators on the Frontier”. And the devs have compiled a list of five reasons why you should believe it. In short, they are that Pilots:

Of course, the company goes a lot deeper than just the headlines, in the official blog that was just updated. You can find that here. There’s more though, than just the exploration of playing as a pilot today.

EA revealed the spec list for playing Titanfall 2 on the PC as well today. And you might be interested in seeing some benchmarks too. I’m always a little blown away by the system req’s on games like this one. Then again though, I remember when games talked in mega-bytes and not gigs for install size.

Honestly though, what Titanfall 2 needs doesn’t seem too extreme. Read up on it here and see if you’ll be able to run the game when it hits (always a good idea to check). That’s a launch that’s coming up soon by the way. Titanfall 2 arrives on the PC and consoles in just a little over a month from now, on October 28th.

Jason's been knee deep in videogames since he was but a lad. Cutting his teeth on the pixely glory that was the Atari 2600, he's been hack'n'slashing and shoot'em'uping ever since. Mainly an FPS and action guy, Jason enjoys the occasional well crafted title from every genre.
@jason_tas
Previous Doctor Doom returns in Infamous Iron Man #1
Next EGX Hands-On: Jack Move