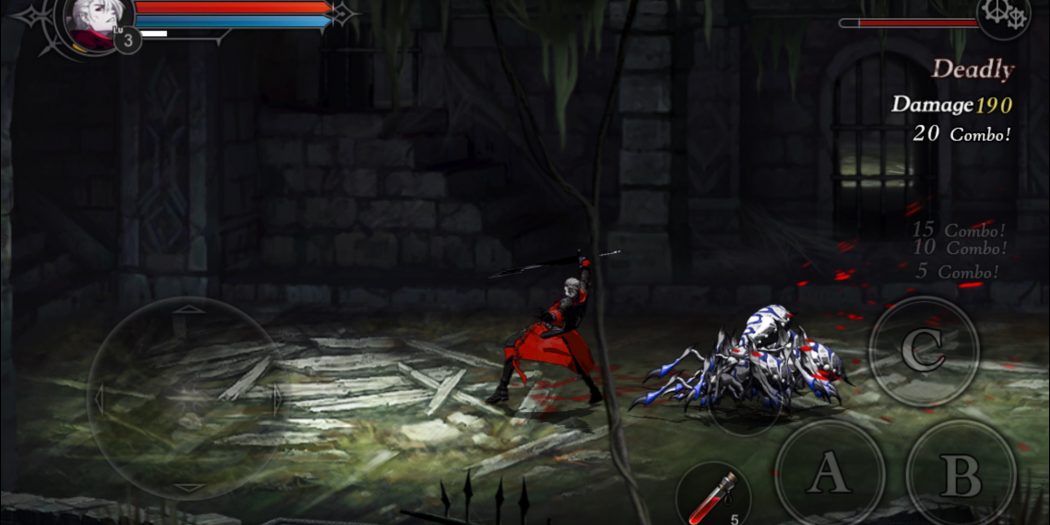 With gameplay reminiscent of Devil May Cry, few can be disappointed with the way this game plays. Dawn and his ancient weapons will hack and slash their way through just about any enemy. Combos stream together nicely, and look simply gorgeous. Sure, the difficulty will increase due to the presence of an enemy’s shield, though isn’t that the point? I know  I don’t want to be anywhere near Dawn when he’s swinging that blade!

Unlike a lot of mobile games I’ve seen recently, this game holds true to the ‘random’ drop scenario. You could play the same level 20 times before getting the loot you need to complete your weapon upgrade. Now for some, this is incredibly infuriating. For others like myself, this is just a part of gaming that we have gotten used to over the years.

Though many mobile game tend to be on an automated path, Never Gone’s on-screen buttons allow the ability to attack, block and jump, in addition to running from left to right, and forward and backward much like you would get on a traditional console game. Much like Castlevania and games that have emerged before, Never Gone makes you feel like you are working with something bigger. Learn to block, when to counter-attack, or just slash your way to victory. Each level is rated upon your victory: how long did you take to complete, how many items did you use, and more. Ratings from SSS to F (I would imagine). Personally the worst I have seen so far is an A, so I’ve been pretty lucky.

And so it goes…

Part of the game’s adaptability includes the ability to build or improve your weapons. One of the available random drops are schematics, which you can take back to the blacksmith house. Here you can build or even upgrade your own malicious blades. If that’s not enough, head to the Lapidary where, with the stones and the skills, you can even embed precious stones in the weapons. Adding bonuses like added sharpness or splash damage range, they better watch out! 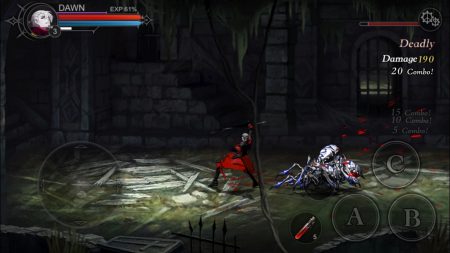 While the action is enjoyable, Never Gone’s story leaves some to be desired. Beat-em-ups have always had a flimsy storyline, and Never Gone is no exception. The courtyard you begin in contains a blacksmith, a warehouse, a merchant and a few others. There are no introductions or explanations here. You wander and figure things out for yourself. The same goes with the storyline. I actually stumbled upon how to get into the actual gameplay, by figuring out what all the little nooks and crannies were. Once I was in, I knew how to play the levels, but I never really got a sense of knowing what I was fighting towards. Am I working my way toward a vampire, like Castlevania?

Available for $0.99 in the Apple store and Google Play store, Never Gone is enjoyable. Don't plan to get too much out of it, other than some engaging 'simulated' button-mashing!

A fan of media on multiple platforms, I am always watching or playing something! Who knows what I will be on to next?
@mackeyp42
Previous Death of X fills in post-Secret Wars blanks
Next BCW readies Valiant Comic storage boxes