Home / Movies & TV / What would Dark Souls look like if it was directed by Eli Roth? Like this.

Dig that? then you’re also going to watch this next video. It’s a behind the scenes look at The Witches (that’s the short shown above), complete with interviews with the dudes behind the short at Six Point Harness and Roth himself, who’s a fan of the series.

Check it out below, and remember that Dark Souls III lands on the PS4, Xbox One, and PC on April 12th.

Jason's been knee deep in videogames since he was but a lad. Cutting his teeth on the pixely glory that was the Atari 2600, he's been hack'n'slashing and shoot'em'uping ever since. Mainly an FPS and action guy, Jason enjoys the occasional well crafted title from every genre.
@jason_tas
Previous Hey, you know that Xbox One you’ve got? It can be a dev kit. Right now.
Next Batman Character Encyclopedia (Book) Review 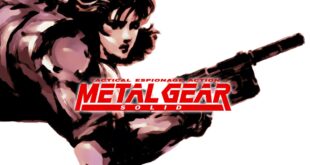